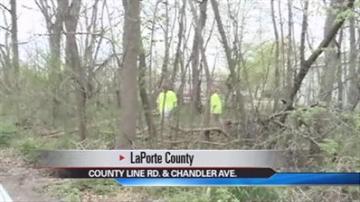 LA PORTE COUNTY, Ind. — Investigators could know more about the bones found in Michigan City as early as the second week of May.

Tuesday the La Porte County coroner told ABC 57 an autopsy will be done in Tippecanoe County.

After the autopsy the remains will be moved to the state lab at Indiana University in Bloomington.