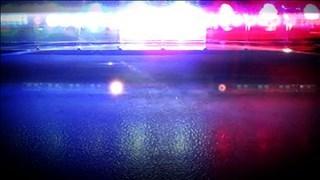 Avon, OH -- A woman called 911 Wednesday and told dispatchers someone in "full headdress" was pledging allegiance to ISIS in an Avon hotel lobby.

It happened at the Avon Fairfield Inn and Suites.

Avon police got the call around 6 p.m. from a woman calling on behalf of her sister, who works on the desk at the inn.

"You said he pledged allegiance to ISIS and he's in the lobby right now?" the dispatcher asked.

While on the phone with the original caller, the Avon Police Department received a second 911 call from the desk clerk's father, who also requested police assistance on behalf of his daughter. The man told dispatchers the woman was "in the back" and terrified.

Within minutes, Avon police officers arrived at the hotel. In front of the hotel officers found an Arabic speaking man standing just outside the front door.

Officers, with their guns drawn, ordered the man to drop his phone and get down to the ground. Police said the man did not initially respond to officer's commands, so they continued to give him orders. The man eventually complied with the officer's orders and laid down.

Police put the man in handcuffs and searched him, but no weapons of any kind were found on the man.

Officers spoke to the hotel's front desk clerk. That's when officers learned the man did not make any statements related to ISIS.

Officers said there was a miscommunication between the desk clerk and her relatives.

Police said they immediately removed the man from the handcuffs and officers tried to explain the situation to him. During the conversation, the man collapsed. An ambulance, which had already been called in to treat the front desk clerk for a panic attack, was on scene and immediately helped the man.

Police said the man was taken to the hospital as a precaution.

The incident is currently under investigation by the Avon Police Department.

Marriott, which owns the hotel, released a statement that reads, in part: "The unusual behavior of a man that had entered the hotel caused the hotel staff to be concerned. A call was placed to the local authorities who responded right away. As this is a police matter it would be inappropriate to comment further."