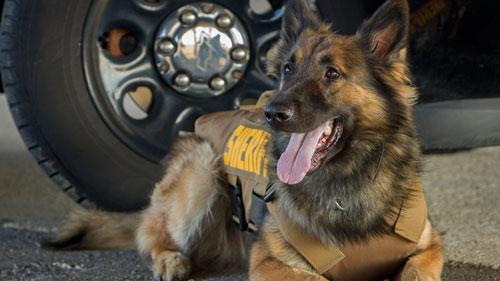 The Berrien County Sheriff's Office received a donation of two ballistic vests for their K-9 officers Nero and Pokky.

The K-9s and their handlers are assigned to the Berrien County Sheriff's Office road patrol division, but help all law enforcement agencies in Berrien County with narcotics detection, explosive detection, handler protection and location of missing or wanted people.

The vests were donated by Vested Interest in K9s, Inc. which will be donating over 350 vests to law enforcement K-9s in memory of K-9 Rocco of the Pittsburgh Police Department, who was killed in the line of duty in January 2014.

The funds were raised through a Groupon event that raised over $335,000.