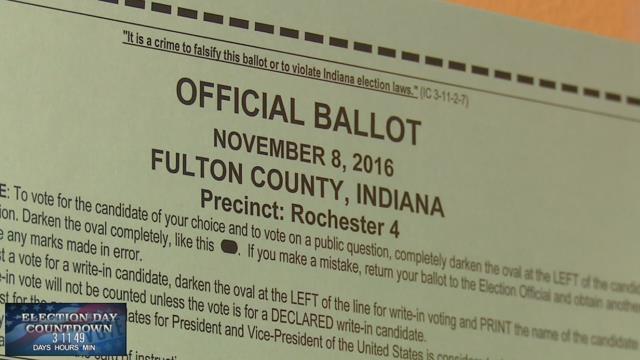 On top of statewide and national elections, voters in Fulton County have several local contested races to vote on.

And early voters inside the Fulton County Courthouse backed up that claim on Friday.

“I would like to have an election where I vote for somebody instead of really against somebody,” early voter Valery Correll said.

“I was already decided way early on who I was going to vote for,” early voter April Rogers said.

When asked if he’s been paying the most attention to the presidential race, early voter Raymond Mootoo said, “Yes, yes.”

The race for the White House may be the talk of the town, but there are several contested races happening locally too:

- Several school board races in the county’s four districts

Furnivall said it’s important the local races get just as much attention as the national ones.

“They’re the ones that affect us, specifically,” she said.

But she said the race for president is driving turnout.

“I have had more conversations about politics and the election process itself and the electoral college and all of those sorts of things than I ever have,” Furnivall said.

Among the early voters at the courthouse Friday were two first-time voters.

“It feels very satisfying and it feels kind of like I’ve accomplished something,” Jackson Sawyer said.

“It’s our future we’re thinking about, and the candidates, I mean, I don’t really like them that much…but you gotta vote for somebody,” Jacob Nigh said.

Furnivall said voters are turning out for a multitude of reasons.

“I think people are voting not only for presidential, but they’re concerned about the rest of the races,” she said.

Sawyer and Nigh said they may one day focus on local races, but the race for president matters most to them this time around.

“I’ve actually watched more presidential debates and stayed tuned with everything and even looked up stuff on what they believe and what they don’t,” Nigh said. “I’m actually learning a lot more than I ever knew I would.”