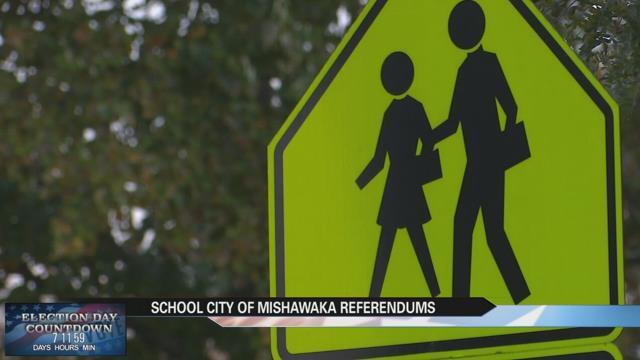 Just eight days from the election, voters are interested in the direction of several school districts in St. Joseph County.

For months, the School City of Mishawaka has pleaded voters to consider two measures that would help with repairs for the school behind me as well as others.

“The importance of these referendums weighs in on how our schools move forward how the city of Mishawaka moves forward,” said Holly Parks, school board member for the City of Mishawaka.

Many in Mishawaka are choosing to push forward the two measures that would see $13 million head to the district.

“It hasn’t all come from us, it’s come from the people who live in this town,” said Parks.

Folks in the area will see those two referendums at the polls.

There will be a slightly different ballot for everyone else.

But there’s still quite a bit of interest in the future of education in this county.

“It seems like there is always a lot of interests in school boards, I think people are very concerned about our children’s futures,” said Rita Glenn, St. Joseph County’s Chief Deputy Clerk.

Two of the seats are at-large and one is for District 3.

With 12 names vying for those spots, voters could usher in big changes to the district.