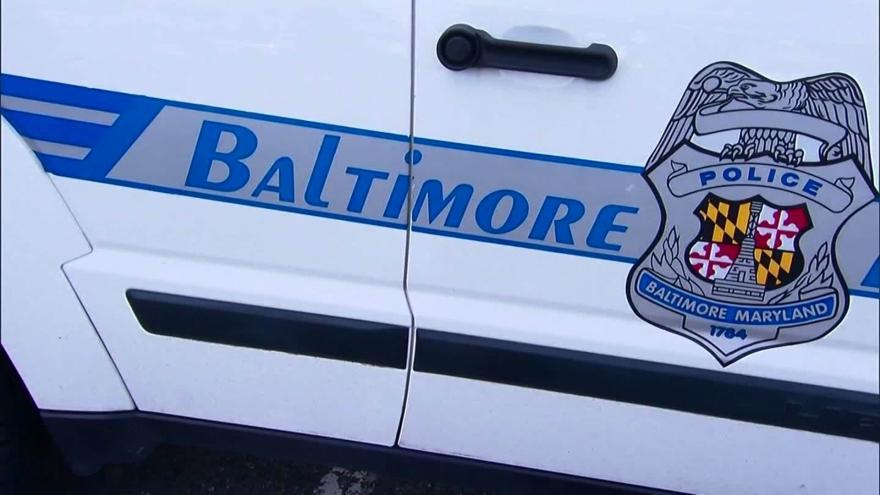 The videos show an officer finding drugs that another officer had allegedly placed there moments before, said Debbie Katz Levi, head of the city public defender's Special Litigation Section.

The case was dismissed for "suspected police misconduct," Levi said.

CNN has not independently obtained the videos. The public defender's office said it was not releasing the videos because it has not obtained permission from one of the co-defendants on tape, who has a separate private attorney.

The Baltimore City State's Attorney's office said it "had questions" about the officers' body camera videos and asked to postpone cases involving two officers amid an internal investigation, according to spokeswoman Melba Saunders.

"The Baltimore City States Attorney's Office referred two officers to Internal Affairs as we had questions concerning their Body Worn Camera videos," Saunders said in a statement. "Before we blanketly characterize their behavior as deceptive and or a credibility issue, we referred the matter to the Internal Affairs Division of the Baltimore Police Department."

T.J. Smith, a spokesman for Baltimore Police Department, said no officers were suspended but that two officers involved in that arrest were referred to the department's Internal Affairs Division. Authorities have not identified either officer.

Baltimore Police Commissioner Kevin Davis issued a memo on Tuesday with a stern warning not to "attempt to recreate the recovery of evidence after re-activating your body worn camera."

The latest video comes not long after body camera footage was released that appeared to show a Baltimore police officer planting drugs at the scene of an arrest in January.

That video, released by the Office of the Public Defender, appears to show an officer placing a plastic bag into a food can and then hiding it under debris. The officer leaves the scene only to return shortly after, and appears to stumble upon that plastic bag of drugs in the can.

One officer in that video has been suspended, and two others were placed on administrative duty amid an investigation, officials said.

A spokesperson for Marilyn Mosby, the State's Attorney for Baltimore City, told CNN that 41 cases featuring the officers have been dismissed or are slated to be dismissed. Fifty-five other cases are still being reviewed, said Melba Saunders.

"Where these officers are material and necessary witnesses, we are dismissing those cases, which rely exclusively on the credibility of these officers," Mosby said last week.

The officers involved in that case have made no public comment.

Mosby also said that "an additional video raised concern," though it was not clear if that referred to this latest body camera video.

Baltimore Police began the rollout of the body camera program in May 2016.

Levi said the second body camera video dates to a drug arrest on November 29, 2016. The incident began when a man got into his girlfriend's car with what Baltimore police officers believed was a bag of drugs, so they stopped and searched the car and the two individuals, Levi said.

One officer searched the car and can be heard on his body camera audio expressing his frustration that they came up with nothing and that there'd be negative consequences if they didn't recover drugs and make an arrest, according to Levi.

The officers turned their body cameras off and then back on at staggered times, Levi said. She said that one officer told another, "No, you weren't supposed to turn yours on."

Levi said when the videos turn back on, one officer is seen squatting by the driver's seat area. "The group of officers then wait approximately 30 seconds. Shortly thereafter, another officer asks if the area by that compartment has been searched," she said.

"Nobody responds, and the officer reaches in and locates a bag that appears to contain drugs right by where the prior officer was, and where the car had been thoroughly searched about a half an hour prior with absolutely no results."

Seven officers were present during the interaction, but only two are said to have been referred to internal affairs by the state attorney's office, Levi said.

"We continue to call for full disclosure and swift action from the State's Attorney's office to ensure justice and fairness for the citizens of Baltimore," Levi said.