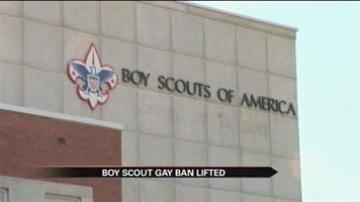 The battle to open the door to gay scouts was contentious and controversial, sparking protests and garnering national attention.

Last May, 61 percent of the scout’s leadership voted in favor of lifting the ban.

"No matter how you feel about this issue, kids are better off in scouting," said Chief Executive of Boy Scouts of America Wayne Broock.