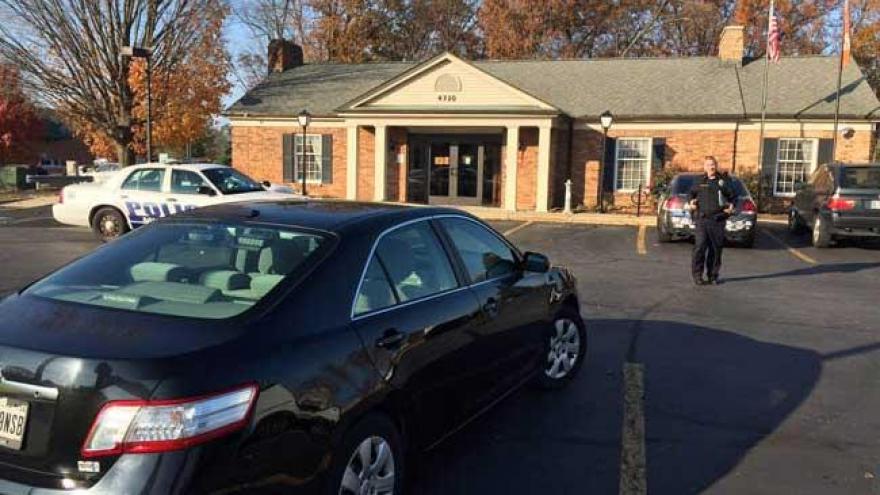 Mishawaka Police are investigating a robbery at the 1st Source Bank that happened Wednesday afternoon at the branch at 4720 Lincolnway East.

Three suspects entered the bank armed with guns and demanded money around 1:45 p.m., according to Elkhart Police.

The suspects obtained an undisclosed amount of money and fled from the bank.

There were no injuries in the robbery.

"There have been no reports of any injuries so that's a positive thing. We don't want anyone getting hurt in the process of an armed robbery. It's scary enough to have to go through something like that but we definitely don't want anybody being injured," said Lieutenant Time Williams of the Mishawaka Police Department.

Elsie Rogers Elementary School, Bittersweet Elementary School, Schmucker Middle School and Penn High School were on external lockdown between 2:05 and 2:35 p.m. because of the robbery, according to the Penn-Harris-Madison School Corporation.

While investigating, Mishawaka Police contacted the Elkhart Police Department with information about the robbery. It led officers to an address in the 1000 block of McKinley Avenue in Elkhart.

Elkhart Police arrived in the area and made contact with several subjects, including one that was in the residence.

Elkhart Police and Indiana State Police secured the residence and area around the home while they waited for a search warrant.

The search warrant was signed by a judge and the search of the home began.