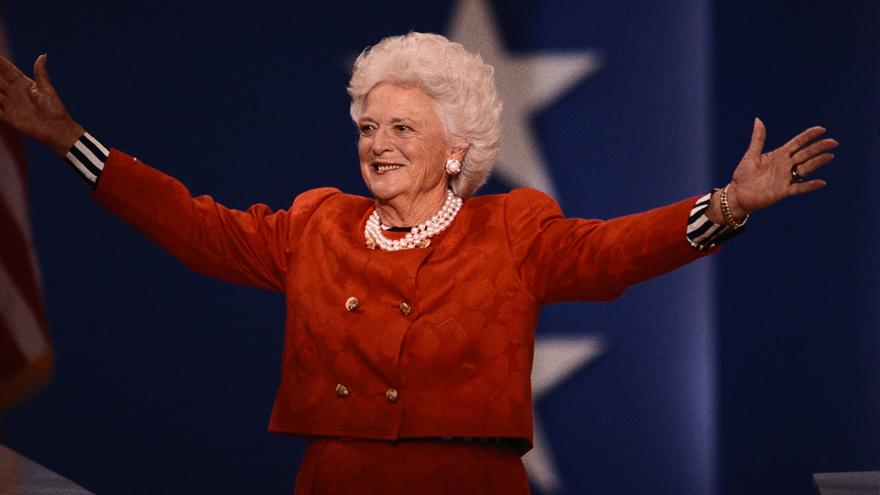 At 92 years old, Bush has been suffering for some time and has been in and out of the hospital multiple times in the last year while battling with Chronic Obstructive Pulmonary Disease, or COPD, and congestive heart failure.

The source said she is being cared for at her home in Houston and has decided she does not want to go back into the hospital.

The office of former President George H. W. Bush released a statement, confirming after a "recent series of hospitalizations," she has decided against seeking additional medical help.

"It will not surprise those who know her that Barbara Bush has been a rock in the face of her failing health, worrying not for herself — thanks to her abiding faith — but for others. She is surrounded by a family she adores, and appreciates the many kind messages and especially the prayers she is receiving," the statement continued.

The Bushes have been married for 73 years.