Barbara Walters to retire in 2014 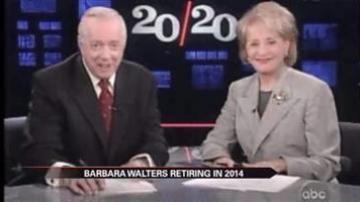 NEW YORK — Barbara Walters is expected to announce her retirement on ABC's "The View" Monday morning.

She will continue on "The View" and on ABC News specials throughout the year.

Walters will officially retire in the summer 2014.

Walters joined the ABC News staff in 1976 as the first woman to co-host a network news program.