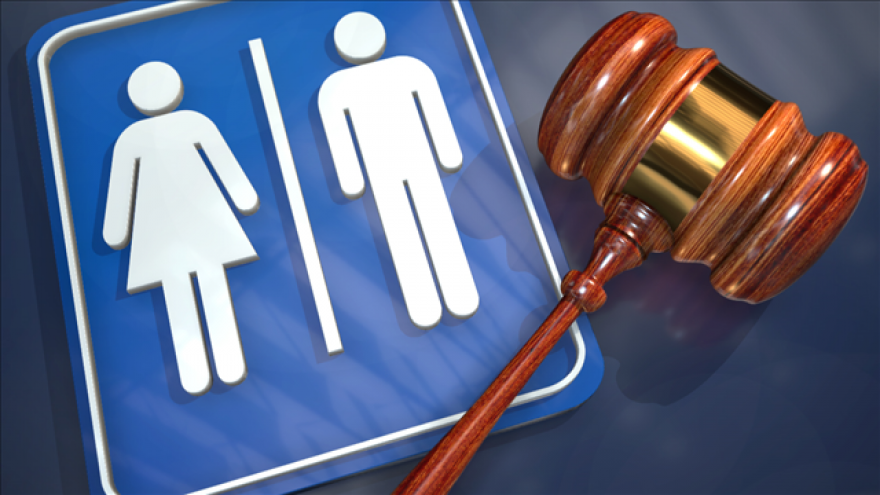 (CNN) -- The NCAA might move all championship events through 2022 out of North Carolina if the state doesn't repeal its "bathroom bill," the North Carolina Sports Association says in a letter sent to state legislators.

"Our contacts at the NCAA tell us that, due to their stance on HB2, all North Carolina bids will be pulled from the review process and removed from consideration," said the letter from Scott Dupree, executive director of the Greater Raleigh Sports Alliance, on behalf of the association.

The state could suffer "upwards of a half-billion dollars" in negative economic impact, the letter said. Counting NCAA events already moved to other states, "we will be faced with a six-year drought of NCAA championships in North Carolina," the letter said.

HB2, signed into law last March, bans people from using public bathrooms that don't correspond to their biological sex as listed on their birth certificates. The bill also reserves the right to pass nondiscrimination legislation to the state government, saying state laws preempt any local ordinances.

The new law enraged LGBT groups, civil liberties organizations and Democrats across the nation. The Justice Department filed a civil rights lawsuit against the state.

An NCAA spokeswoman said the organization hasn't made any decisions yet but expects to make an April announcement of sites for championship competitions, according to The News & Observer newspaper in Raleigh, the state capital.

The economic backlash in North Carolina has been severe.

In the world of sports, the NBA moved the 2017 All-Star Game out of Charlotte and the NCAA pulled seven championship events from the state for the 2016-17 season because of HB2.

Singers Bruce Springsteen, Demi Lovato and Nick Jonas, as well as bands such as Pearl Jam and Boston, canceled concerts in the state. PayPal and Deutsche Bank said they would cancel plans to expand into the state.

The letter from the NC Sports Association said 133 bids for NCAA championship events in the state have been submitted for the period between 2018 and 2022, with those bids alone representing at least $250 million in economic impact.

"What's more, in terms of youth and amateur sports in the United States, the NCAA exerts tremendous influence," the letter said. "When the NCAA decides it will no longer conduct events in North Carolina, the Atlantic Coast Conference and many other sports organizations will surely follow.

"When compounding the effect of losing these additional sporting events, including hundreds of youth and amateur events, plus the NBA All-Star Game, we believe North Carolina could lose upwards of a half-billion dollars in economic impact."

'Nothing short of extortion'

The NC Values Coalition, which favors HB2, criticized the NCAA.

"The NCAA's threats to pull games from North Carolina again is nothing short of extortion against the taxpayers and innocent fans who don't want to see sports politicized," the group said in a statement on its website. "The NCAA continues to segregate athletes' teams by their genitalia, but they mandate nobody else may do the same."

"There is no time to waste in repealing House Bill 2," he said. "The bipartisan votes of both Democrats and Republicans are there for repeal if the Republican legislative leadership will just put it to a vote."

But both chambers of the state legislature are controlled by Republicans, so it's not clear whether Cooper will get cooperation.

HB2 was born after Charlotte passed its "nondiscrimination ordinance" in February 2016. Many state Republicans quickly denounced the measure which, among other things, made it possible for transgender individuals to use the public bathroom of the sex they identify as.

The legislature responded by passing HB2, which bans people from using public bathrooms that don't correspond to their biological sex as listed on their birth certificates.

The state legislature called a special session last December to repeal the bill but could not come to an agreement.

Bills to repeal HB2 have been introduced and placed on the Monday calendar for the state House of Representatives.

HB82 would not only repeal HB2, but it would expand LGBT protections in housing, employment and public accommodations -- including bathroom access for transgender people.

HB78 would also repeal HB2 and would also increase the penalties for people convicted of committing sexual acts in public restrooms, locker rooms or shower rooms.

At least one other state may try to follow North Carolina's example in passing a restrictive bathroom bill.

Texas legislators are considering a bill similar to North Carolina's HB2, a move that led the NFL to warn that it might not award any more Super Bowls to the state, the Houston Chronicle reported.