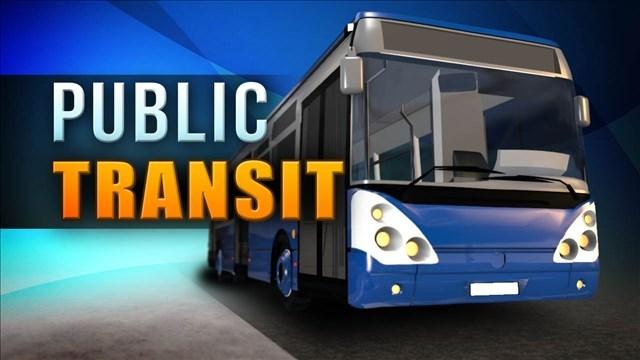 By Vivian Kuo and Steve Visser

(CNN) -- An undocumented immigrant was piloting a charter bus that he wasn't licensed to drive when it crashed Sunday morning in Louisiana, killing two people and injuring dozens, police said.

The bus was full of workers headed to Baton Rouge on Interstate 10 to help with the flooding cleanup, said Louisiana State Police Trooper Melissa Matey.

The wreck happened at 6:40 a.m when the black charter bus came up on a blocked crash scene on Interstate 10 where Chauvin and two firefighters were assisting at a minor accident near LaPlace, Louisiana, west of New Orleans by Lake Pontchartrain.

"The bus driver lost control of the bus, struck a fire truck, veered across the right lane, striking other vehicles, then veered and struck three firefighters, who, all three, were thrown over the guardrail," Matey said.

While the bus was transporting workers, it was a party bus belonging to Kristina's Transportation LLC/AM Party Bus out of Jefferson, Louisiana, Matey said.

Police are still investigating the crash, she said.

Police gave this account: Chauvin, 36 of Gramercy, was standing with two firefighters by the interstate guardrail after responding to a crash early that morning.
The firefighters had used one of their trucks to block the right lane of the interstate so they, police and the towing company could deal with the crash.

A state trooper had his patrol car parked with blue lights flashing to warn early morning drivers. At least two other cars -- a Toyota Camry and a Chevrolet Silverado -- were stopped behind the emergency vehicles.

The 2002 Eldorado National bus, which was speeding, closed in on the crash scene and clipped the fire truck, police said.

The bus then veered and struck all three firefighters, hurling them into water about 35-feet below, police said.

The other person killed, Jermaine Starr, 21, of Moss Point, Mississippi, was in the backseat of the Camry, police said.

Firefighter William Mack Beal, 35, of Gonzales, was taken to a local hospital with moderate injuries, and firefighter Nicholas Saale, 32, of Ponchatoula, was airlifted to New Orleans with critical injuries, police said.

"This is a very sad day for all first responders in Louisiana," said Col. Mike Edmonson, Louisiana State Police superintendent. "Louisiana has the 'move over' law in place to protect our first responders on our roadways. Please adhere to this law and slow down when approaching emergency vehicles and disabled vehicles on the road."

The Camry driver, Marcus Tate, 35 of Moss Point, was airlifted to Baton Rouge with serious injuries.

Two of his passengers, Vontravous Kelly and David Jones, both of Moss Point, were hospitalized. Kelly is in critical condition and Jones is in serious condition, police said.

The Silverado contained three adults and two children, all of Kenner, Louisiana, who were taken to local hospitals with minor or moderate injuries, as were at least 24 passengers on the bus, police said.

Police initially reported 35-40 people were on the bus and authorities are still trying to identify all the victims, who are at various hospitals, Matey said.

It's not known who chartered the bus, she said.

The road was wet from light rain, but troopers who are investigating the crash don't know if weather was the main cause of the accident, Matey said.

Rodriguez, who was also treated at a hospital, will be booked into the St. John the Baptist Correctional Center and charged with two counts of negligent homicide, reckless operation, and having no driver's license, Matey said.