Beachem relaxed, looking to bounce back against Purdue 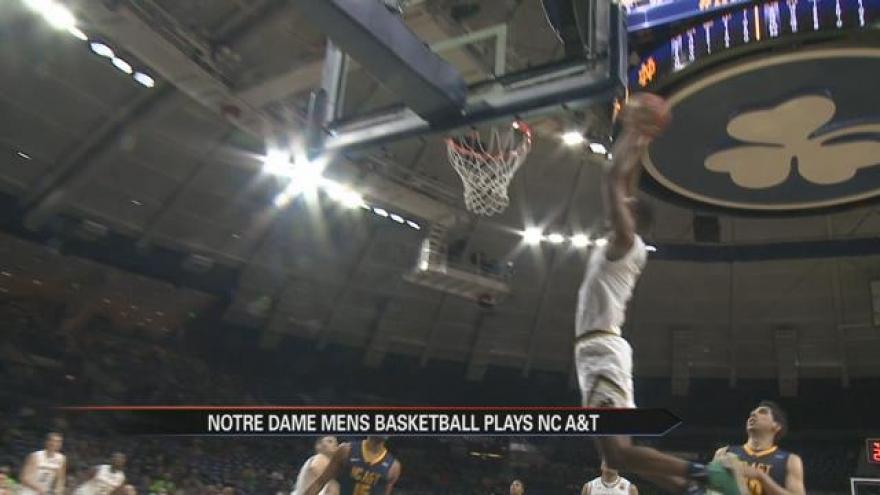 Senior forward V.J. Beachem did not have finals this week, so he relaxed.

"I took this week like the Summer. I got into the gym, worked on my individual game, and really just relaxed," Beachem said.

Beachem is coming off his worst shooting performance, a 2-11 day against Villanova last Saturday.

"I don't have to spend any time with him," Brey said.

That vote of confidence speaks volumes to where Beachem came from his first two years in school. Brey says he used to have to let him know that his starting role wasn't in jeopardy, now Beachem shakes it off a lot easier.

"He kind of laughs it off, like man can you believe those looks? Like two of those were almost down coach," Brey said.

And Beachem said he normally would want to get right back out there, but said this week was different.

"This one instance actually having this time off and not playing a game for a while was actually great for me because I got to not worry about the game for a little bit and work on improving my individual game," Beachem said.

In a game filled with highs and lows, it can also translate to player's performance. Beachem and Brey are hoping the highs remain in greater number than the lows.