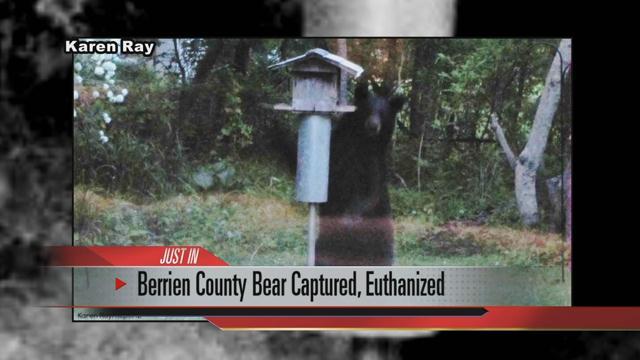 The bear that was spotted throughout Southwest Michigan and in northern Indiana over the past year has been euthanized.

The Indiana Department of Natural Resources says the bear attempted to enter unoccupied houses last fall and early this spring.

Last Saturday, the bear was trapped in Stevensville, near Grand Mere State Park and was euthanized.

The DNR said it had to be euthanized because it had become a threat to public safety.