"Bears in the Air" program at South Bend International Airport 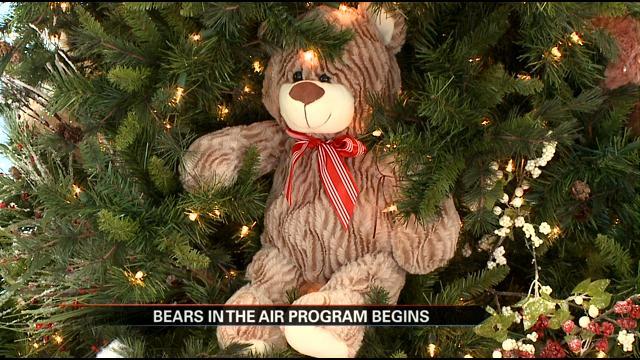 The South Bend International Airport is collecting stuffed bears for the third annual Bears in the Air program.

Last year, nearly 750 bears were collected and given to children at local hospitals.

“Every child I have ever known and we've ever talked to likes teddy bears. Something soft, something cuddly, something to hold, a companion maybe. And so we hit upon teddy bears. And I was working at the airport and so it became ‘Bears in the Air,'” says Executive Director Mike Diagle.

If you would like to donate a newly purchased teddy bear, donations can be brought to the “bear den” inside the South Bend International Airport.

The drive begins Friday and runs through December 22.

A few showers and milder Thursday