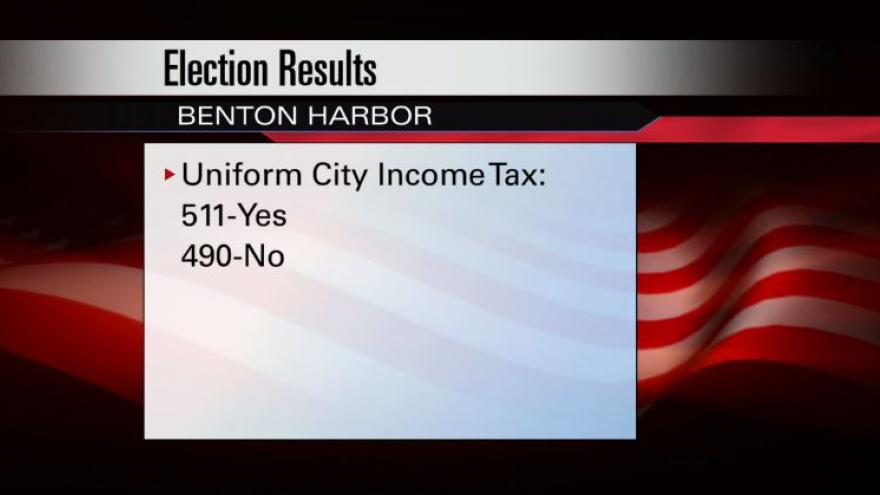 BENTON HARBOR, Mich. — The results are in and voters in Benton Harbor have decided to finally do something about nagging pothole problems in the city.

51 percent of voters decided in favor of the tax.

As for the other city races, every incumbent commissioner up for re-election retained.

Edward Isom retained his at large seat as well for another partial term.

In Chickaming Township, a ballot proposal calling for a tax increase that would also help fund road improvements was approved by about 62 percent of voters.

A millage renewal for Lake Shore Public Schools was approved by 59 percent of voters.

However, the bonding proposal for the district failed by fewer than 100 votes.