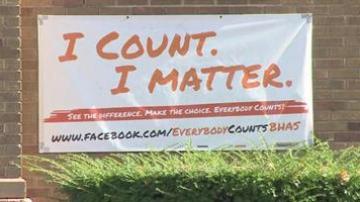 BENTON HARBOR, Mich. -- In Michigan, the number of students enrolled on 'count day' determines how much money a school gets from the state. This year count day was October 2nd and the results of the count have been released.

In Benton Harbor, the struggling district needs money from the state to stay afloat.

This year's numbers show enrollment has gone down, which means the schools will lose thousands of dollars.

That means Benton Harbor Schools will lose about $320,000 from the state this year.

Arts and Communication Academy Band teacher Rachel Whipple has taken it upon herself to apply for grants and extra money for her students.

Whipple says she lives for teaching band to young kids in Benton Harbor.

"I've worked for 6 years trying to get instruments for our low income students," said Whipple.

In a district that's strapped for cash, instruments aren't easy to come by.

"Before we were practicing on a table top and they just had sticks, so now we can practice with the drum practice pads," said Whipple.

She says to her students, it has made all the difference.

We tried to speak with the superintendent but he said he did not want to talk to the media.