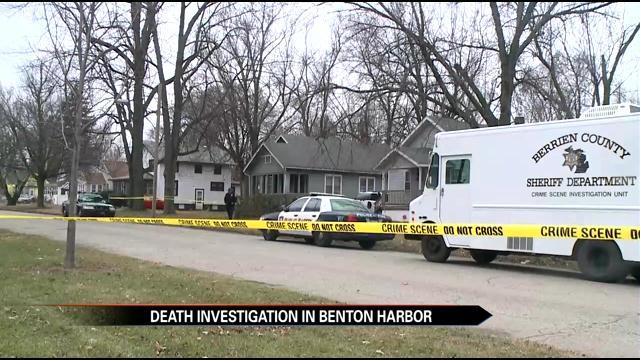 New details have been released in the death of Richard Street whose body was found behind a house on Union Street in Benton Harbor Tuesday around 11:30 a.m.

Police say they are investigating the death as a homicide.

“Apparently he had been there for about 6 to 8 hours, there was dew on the body from the morning's moisture," said Dan McGinnis, Director of Public Safety Benton Harbor.

McGinnis says anyone who saw Richard Street after 2 a.m. - or know what he was doing that night - should contact them as soon as possible.
Sometime between 3 a.m. and 11 a.m., several neighbors claimed they heard gunshots, but police say it wasn't reported because it is common in the neighborhood.

“We had also heard the same thing however it was not confirmed through dispatch. Unfortunately in some areas of Benton Harbor you hear them nightly and it is what it is," said McGinnis.

McGinnis says this appears to be targeted, so residents shouldn't be afraid.

If you saw Richard Street early Tuesday morning or know how he ended up in the alley, contact the Benton Harbor Department of Public Safety at 269-927-8436.