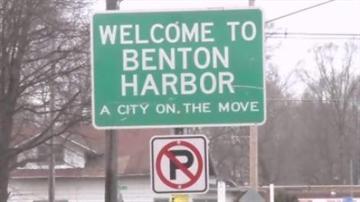 Mayor James Hightower says that when it comes to a position like this, communication is key.  He says that the relationship between Harris and the rest of the decision makers in the area got so strained that no progress was able to be made in Benton Harbor's financial state.

In order to move forward, and receive more assistance from the state, Mayor Hightower, the Michigan State Treasury Department, and commissioners of Benton Harbor met and agreed that the current Emergency Financial Manager would be replaced.

On February 1, 2013, Tony Saunders II will take over Harris' position.

Mayor Hightower says, "From what I hear, he is very driven, and a people person, and I think that's what we need."

The Mayor says he hopes that Saunders' strong marketing and economics background will help build relationships and bring revenue to the city.

"He has to be a good communicator and got to be willing to communicate not only with the community, but with the commission as well," Mayor Hightower said.

Saunders is a young man, only in his twenties.

The mayor says he looks forward to the energy, innovative ideas, and drive that Saunders will bring to Benton Harbor as he strives to save it from going bankrupt.