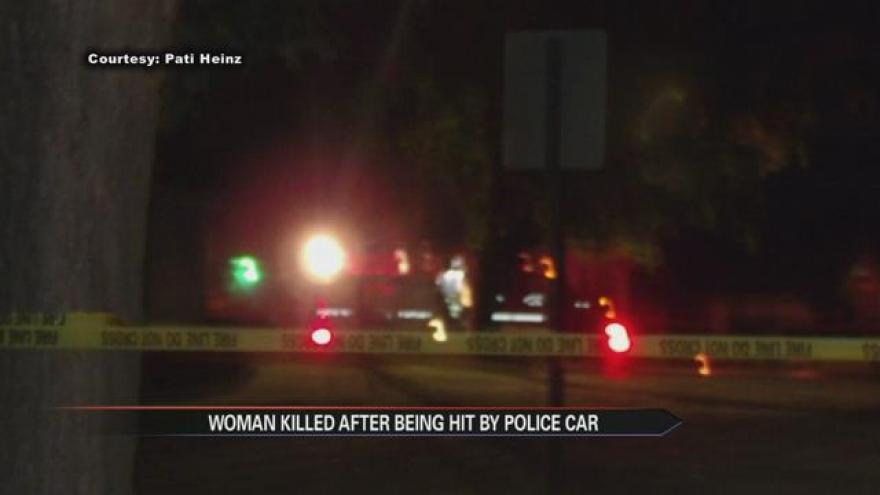 A Benton Charter Township police officer hit and killed a woman while he was driving to a call Sunday night.

According to a captain at the Berrien County Sheriff's Department, Benton Township Patrolman Eugene Anderson did not have on his emergency lights at the time of the crash.

The victim has been identified as 48-year-old Kimberly Bedford who lives near Hartford, Michigan.

Bedford was killed on Pipestone Road near Indiana Avenue and she was pronounced dead at the scene.

Anthony Harden lives nearby and he believes the emergency flashing lights should have been on.

Harden said, “If he didn’t have his lights on, he was just negligent.”

Benton Township Police said in a press release that Anderson was responding to a domestic disturbance.

Captain Robert Boyce said, “My understanding is emergency lights on the patrol vehicle were not activated at the time.”

The Berrien County Sheriff's Department is in charge of the investigation and the reconstruction.

Boyce said, "Anytime you’re involved in something that unusual and traumatic, it’s got an emotional toll on the person.”

Harden said “They ride down here like it’s a drag strip and it’s lit up... sometimes you got to jump out the road to keep from getting hit!”

The autopsy and toxicology results from the victim are pending.

Police have dash-cam video from the accident that is part of their investigation.