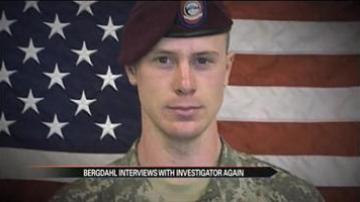 Army Sergeant Bowe Bergdahl was back in interviews with Army investigators for the 2nd day in a row.

The military is trying to find out exactly how Bergdahl ended up as a Taliban prisoner of war.

Bergdahl's attorney said the questions did not pose a problem to the soldier.

"We're talking about a guy who is a pretty tough hombre. He's gone through an experience that any of us, no offense to members of your profession, that any of us would find extremely taxing. This is easy compared to things he's had to deal with," said attorney Eugene Fidell.

Bergdhal was taken by the Taliban in 2009 and was held prisoner for 5 years.

Some other soldiers in his unit claim that Bergdahl is a deserter but his attorney says nothing is further from the truth.
Share this article: