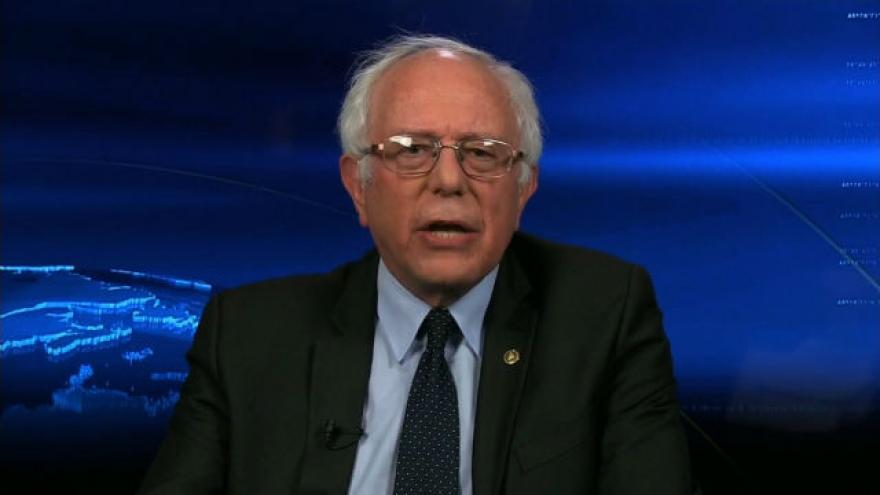 The Women\'s Convention organizers -- who also led the Women\'s March in January -- announced Vermont Sen. Bernie Sanders will be a featured speaker at the three-day event, which will take place in Detroit later this month. Photo courtesy CNN

(CNN) -- Sen. Bernie Sanders announced Thursday he will visit Puerto Rico in wake of Hurricane Maria, bowing out of his previously scheduled speaking gig at the Women's Convention next week.

"I want to apologize to the organizers of the Women's Convention for not being able to attend your conference next Friday in Detroit," the Vermont lawmaker said in a statement. "Given the emergency situation in Puerto Rico, I will be traveling there to visit with San Juan Mayor Carmen Yulín Cruz and other officials to determine the best way forward to deal with the devastation the island is experiencing."

Sanders' announcement comes a week after the Women's Convention received backlash for picking him as a speaker for opening night of the convention.

The three-day event, which will take place in Detroit beginning next Friday, "aims to have participants leave inspired and motivated, with new connections, skills and strategies for working towards collective liberation for women of all races, ethnicities, ages, abilities, sexual identities, gender expressions, immigration statuses, religious faiths, and economic statuses," according to its press release.

The Women's Convention organizers -- who also led the Women's March in January -- stood by their decision to have Sanders attend, despite the mixed reactions.

In the initial announcement, Tamika Mallory, Women's March co-president, described Sanders as the perfect fit for the convention, describing him in a statement as a "fierce champion of women's rights" and someone who has bolstered "female voices throughout his career of public service."

Mallory pointed to the handful of other speakers who will address attendees, including California Democratic Rep. Maxine Waters, whose viral "Reclaiming Our Time" phrase inspired the theme of the convention.

In a statement provided to CNN Thursday, convention organizers expressed their understanding of Sanders' trip.

"It is unfortunate that Senator Sanders will no longer be able to join us at the Women's Convention next week," the organizers said in an email statement to CNN. "But the humanitarian crisis in Puerto Rico - which is being exacerbated by the inaction of our federal government - is a critical matter. We understand his leadership is needed in Puerto Rico and, as always, we deeply appreciate his commitment to communities in need. We look forward to continuing to work with him on issues that impact women and all Americans."

Sanders concluded his statement by applauding "their historic work in putting together the march in January and all that you have done since," he said. "My best wishes for a very successful conference."