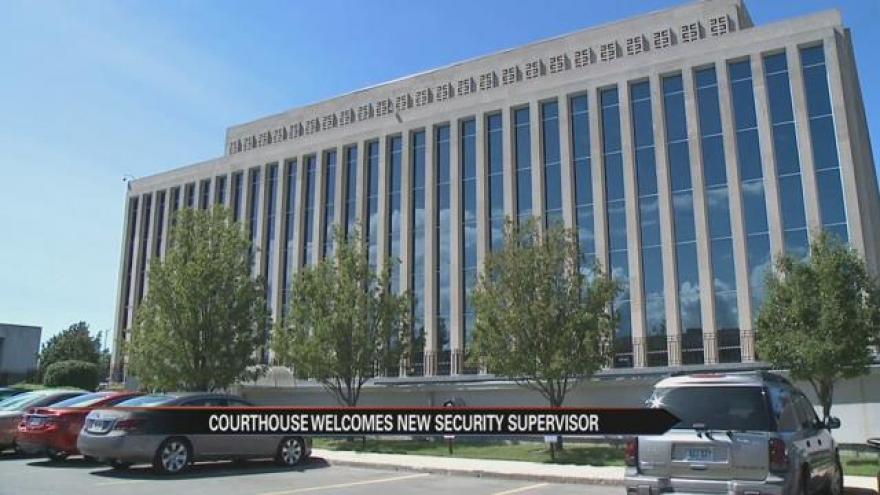 On Monday the Berrien County courthouse hosted a community potluck to honor the lives of the two bailiffs killed in the shooting. Among those in attendance was the man who has to fill the shoes of Joe Zangaro, one of the men gunned down.

It's been seven weeks since the deadly courthouse shooting that happened at the Berrien County courthouse. On July 11, an inmate broke free, grabbed a deputies gun and shot four people killing Joe Zangaro and Ron Kienzle.

Brian Ray, the Trial Court Administrator says the court house is going through some changes.

“We have a lot of security measures already in place and we’ve been able to add a couple of new personnel," he said.

The new courthouse security supervisor is Milford Russell. He was actually the next in line to take Zangaro's position, per his request.

Russell had been appointed as the interim head shortly after the shooting and he couldn't even explain what he felt once he was formally given the new title.

“It’s difficult for me to describe that cause it was another day," says Russell. "In the respect that I’ve been acting that role.”

He says he's looking forward to enhancing the safety of the building. His goal is to continue Zangaro's legacy and not disappoint him.

Business aside, Russell says he actually lost a friend the day of the shooting and describes the courthouse staff as a family.

“And like in many large families there’s a dynamic. Some family members you’re really close to. Those are the closest coworkers you work with on a day to day basis," he says. "Some are your family members, maybe a little more distant because they live across the country or in our case they work on a different floor where you don’t interact with them day to day but even in that case I think building wide there is a unique unity.”