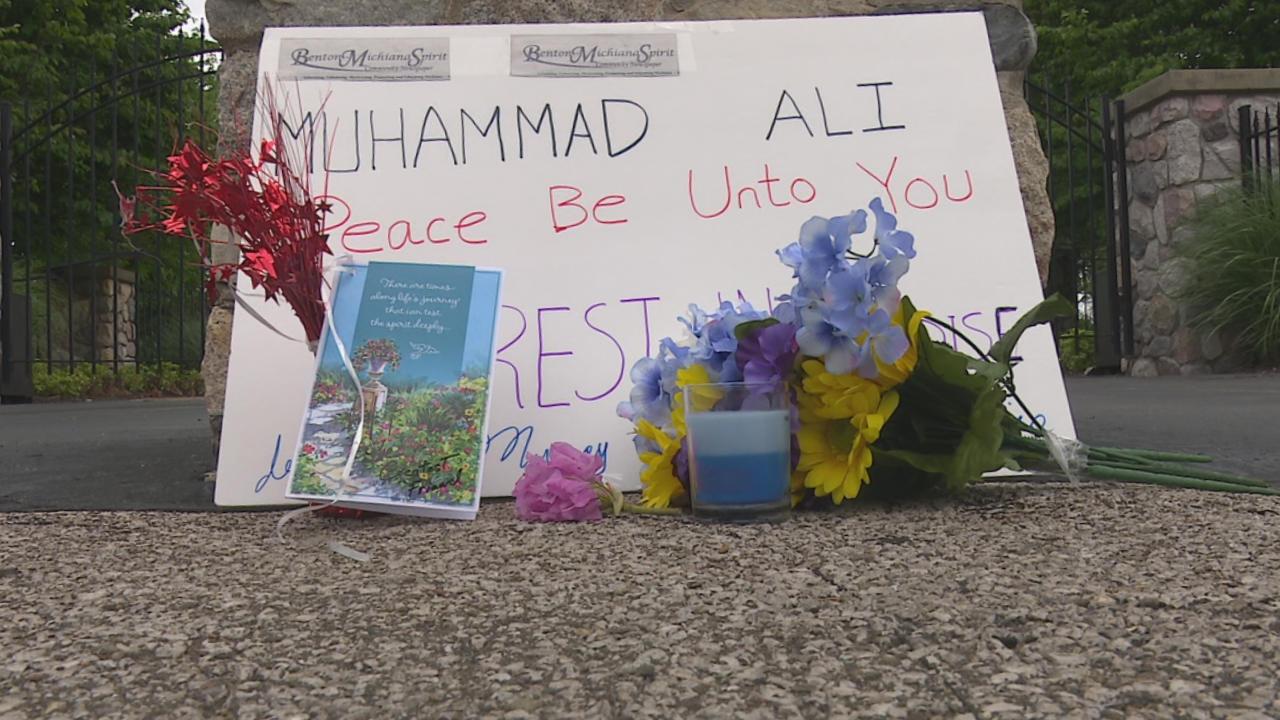 Berrien Springs residents placed flowers, cards and other items outside of Muhammad Ali’s estate Saturday after the death of the world-class boxer.

Those who lived nearby claimed him as one of their own during his time there because of how active he was in this community.

Ali was idolized by many all around the world, in that neighborhood, he was known as an approachable and kind neighbor.

Friends, fans and families gathered and left parting gifts at the edge of Ali’s property to say one last goodbye.

“Today’s a sad day just to know that he won’t be around anymore,” said fan Patty Costa.

Gone is a man who opened his home to other friendly faces passing by.

“He welcomed us right at his door and let us come into his living room like we were his own family, we were there for about an hour or so,” said Graham Lash, Berrien Springs Native.

Others remembered as a man with an appetite who would often take his family to local restaurants.

“He came one time and he had his daughter come almost like once a week,” Willie Lark, owner of Lark’s BBQ. “I asked her, ‘does your dad know you’re eating pork?’ when she would come and get the rib tips. She’d say ‘don’t tell him’ you know.”

Lark’s BBQ, a Benton Harbor eatery, was known to have a few celebrity customers.

But when one their regulars passed, the owner felt he lost a piece of his family.

“My dad was a boxing coach. Him and Ali had a great relationship, he donated a ring, a boxing ring for them,” said Lark.

“I just love him, love them, love all of them you know,” said Mahdee Muhammad.