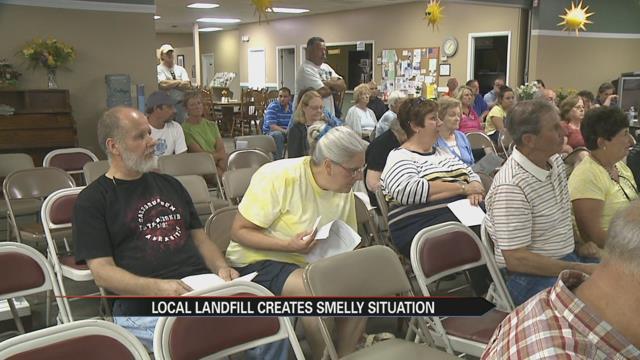 Residents in Coloma and Watervliet are fed up with the odor of a local landfill. Residents sounded off about the smell in a special meeting and now a state representative is getting involved.

Representative Al Pscholka promises to try and put an end to the terrible smell.

“If you can't control it, close it," said resident Sharon Whitlow.

Whitlow is sick of the landfill filling her neighborhood with a stench she can't get rid of.

She's just one of several folks from Coloma and Watervliet that aren't happy with Orchard Hill.

“People are not satisfied with this," said resident Harold Bragg. "And the fact is, why should we have to have an odor at all?”

A question residents raised during Tuesday's meeting with Pscholka.

This is the third town hall on the issue, and Pscholka says he has seen some changes since the first time he met with these residents.

“I have noticed that the odor is not as bad, not as frequent so I think that's good I think there has been progress made,” said Pscholka.

He believes it's progress made through fines and regulations but his constituents don't agree.