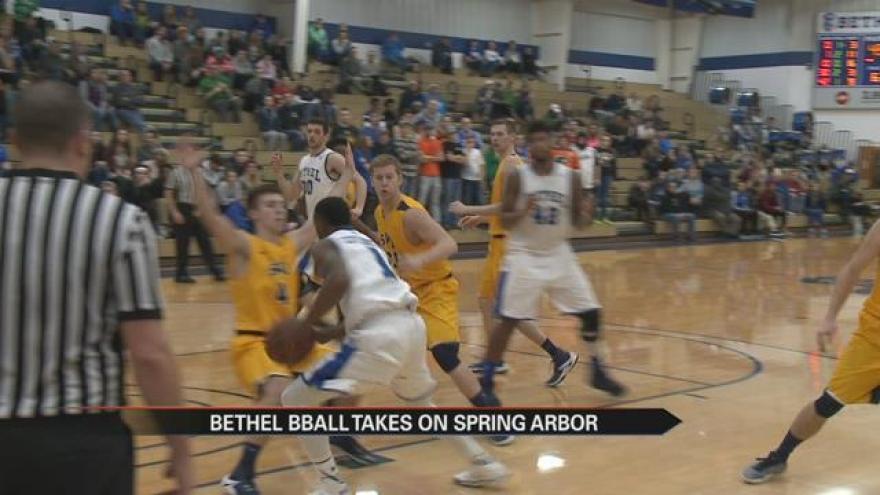 No tears, no tributes, just another Bethel Pilots win.

A little less than a week after longtime Bethel Head Coach Mike Lightfoot announced he would step down at season's end, his Pilots improved to 16-3 on the season beating Spring Arbor University 80-69 Tuesday night in Mishawaka.

Caleb Oetjen led the way for the Pilots, scoring 23 points but talking with him after the game, he said this season is now a lot more than just winning a national championship.

"I think there's definitely a mindset we want to do this for coach he's done a lot over the years for many different people and the gift that he's been able to impact these different lives really gives us a sense of motivation to send him out on a good note," Oetjen said.