Biden keeps door open for 2020 run against Trump: "who knows where we're going to be" 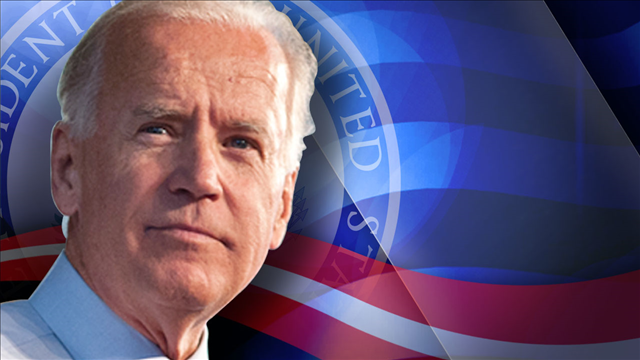 (CNN) -- Vice President Joe Biden wants a say in the direction of the Democratic Party as it picks up the pieces from a nightmare electoral loss this year -- and isn't willing to fully rule out a bid for the presidency if he thinks issues of economic fairness aren't being voiced.

"Four years is a lifetime in American politics," he told CNN's Jake Tapper in an interview on "State of the Union." "And I think nominees are determined by their parties based mostly on what skill set is most needed at that time."

"Who knows where we're going to be two years from now when people are really starting to look seriously at what they're going to do," he said.

His comments came after a week of public back-and-forth on the prospects of a run in 2020; he somewhat facetiously told reporters on Capitol Hill Monday he was going to run, only to return Wednesday to the Capitol and insist "I have no intention of running."

If Biden, now 74, decides to run for president in 2020, he'd be asking Americans to elect the oldest commander-in-chief in US history; Donald Trump, 70, will assume that record when he's sworn in next month.

"Age could be very much an issue, and it may not be," Biden acknowledged in the interview. "It depends on the state of my health and the health of whoever is running."

After publicly weighing a presidential bid this cycle, Biden announced in October 2015 he wasn't emotionally prepared to enter the contest following the death of his eldest son Beau.

But after Hillary Clinton's loss in November -- which was propelled, in part, by Trump's huge margins of victory among white, working class man -- many wondered whether Biden might have fared better.

He's spent his career appealing to working class voters, and has identified his popularity among that demographic as a reason then-candidate Barack Obama selected him as a running mate in 2008.

Biden downplayed any suggestion he could have topped Trump in an election matchup this year -- "They'd probably be eating me alive," he said of Republicans -- but he did lament a contest that lacked serious policy debates.

"It got drowned out by the most vicious campaign, the craziest campaign I've ever witnessed since I've been involved," he said. "The bulk of the debate was emails and/or his boorish behavior."

Biden, who came to Washington as a US Senator in 1973 and has remained in elected office ever since, is set to depart government next month for the first time in four decades. He says he's planning to establish a center at a university to continue his work toward finding a cure for cancer, a mission he began following his son's death.

Biden said he's emerging from his life in public service gratified at his standing as an honest broker; a reputation he says crosses party lines.

"I'm proudest of leaving here with a reputation among both Democrats and Republicans to never have misled anybody and viewed of someone who has been honorable. That's what I'm proudest of. My name," Biden said.

Whatever he ultimately decides about a bid in 2020, Biden said he wouldn't wait until a campaign to express his views on the future of his party. He insisted Democrats must huddle and determine a path out of their political woes following Trump's win in November, which also saw the GOP maintaining control of both the US House and Senate.

"This is the time to reestablish the roots of the Democratic party," he said. "We are going to engage in some real serious debates...I think you're going to see a lot more focus on how to bring everybody on board in terms of economic growth."

Questioned on who might lead Democrats out of the darkness, Biden listed congressional leaders like incoming Senate Minority Leader Chuck Schumer and Rep. Nancy Pelosi, the Democratic leader in the House.

But also named himself, declaring he wasn't disappearing when he leaves his post in January.

"Like after every presidential election that the party loses, there is no single leader," he said. "There are voices that hopefully will be heard. Hopefully, I'll be able to have a voice in the direction of the party."