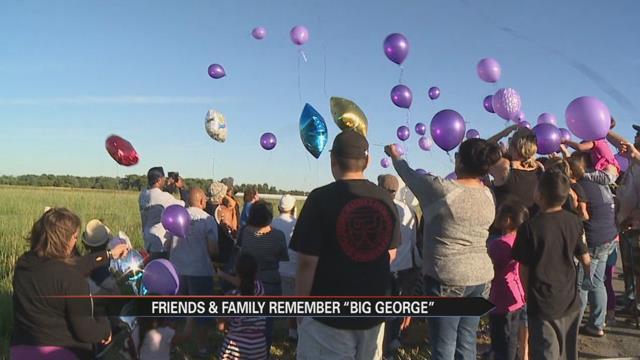 One year after a tragic car accident in Shipshewana took the life of a South Bend man, friends and family gathered to honor their loved one.

“I know that whenever I come here I always know he’s standing right next to me, giving me a big old hug saying ‘it’s alright,’” said Kennach.

To those who knew him, Lealiifano was known as Big George.

Kennach says his dad was an inspiration to his entire family, including young nieces and nephews.

“He just kept saying ‘fire is life, fire is life’ and he was definitely the fire in our life,” said Reahlyn Bryce, Big George’s niece.

On the anniversary of his final ride from South Bend to Shipshewana, dozens of his friends and family made the same trip together. A trip his little sister Heather Bryce-Wasmer makes in his honor once a month.

“For us it’s heartbreaking and it’s comforting,” said Bryce- Wasmer

Bryce-Wasmer says the family is finding comfort in each other and through the many friends Big George had, who have now become family.