Big strides made for local filmmaker 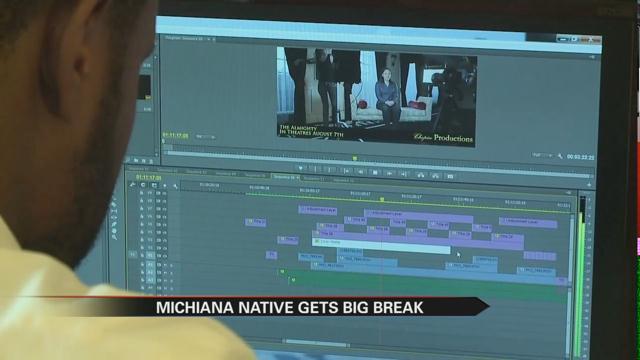 A young entrepreneur who got his start in Michiana is taking a big step by moving to Chicago to pursue his dream of becoming a filmmaker.

Joseph Chopin said he knew he wanted to produce movies for a living after his Kindergarten teacher at Ruth Murdoch Elementary School in Berrien Springs let them watch the Free Willy movie.

Chopin said, “I didn't have anything around me to be able to utilize these tools when I was growing up.”

Chopin said when he was a freshman at Benton Harbor High School he went door to door asking for donations to join an acting agency.

And that's just what he did.

Chopin said, “I started my company at 15 out of high school, 'Chopin Productions,' and at 18 I went to Columbia College in Chicago and filmed my first movie. By the time I was 21 I had started 99 Year Studios.”

Chopin is now 24-years-old and he's been able to expand his company and hire four people.

He's hoping to break into the motion picture industry and catch his big break in Chicago.

Chopin said, “Cinespace studios saw ‘The Almighty,' my latest short film, and they loved it so much that they said why don't we set up a meeting and they're offering my some office space!”

Cinespace is a Chicago Film studio that recently started a program to help young minority filmmakers in the industry.

Chopin said, “Multiple movies like Divergent have been shot at Cinespace, multiple big motion pictures get shot there, and the cool thing about that is Chicago is going to be a mecca for film!”

Chopin filmed several scenes for his most recent project at different locations in Southwest Michigan. A Victorian home was filmed in Dowagiac and a scene took place at Cafe Mosaic in Benton Harbor.

Chopin said, "It looks like what a cafe should look like which is one of the reasons I picked this place!"

Chopin said he is trying to gain momentum for his latest short film and he's previewing it in Chicago on August 7th and he will also be airing it in Benton Harbor on August 9th.