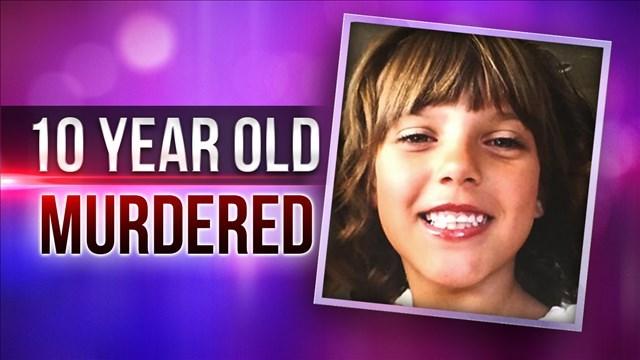 (CNN) -- Mourners held a "heavenly birthday" memorial Sunday for Victoria Martens, the 10-year-old New Mexico girl who Albuquerque police say was raped by her mother's boyfriend and then killed while her mother watched.

More than 2,000 people said earlier on Facebook that they planned to attend the gathering at an Albuquerque park for the girl that supporters called "Princess Victoria."

Her dismembered body was found wrapped in a burning blanket and stuffed in a bathtub Wednesday, a day after her 10th birthday.

"This sweet angel was looking forward to celebrating her birthday," a Facebook page for the event said. "So that's what we're going to do! Join us at Mariposa Park for a birthday party fit for a princess. Please bring bubbles that we will be sending to Heaven."

Martens was charged in court Thursday with kidnapping and child abuse resulting in death. Gonzales faces the same charges as well as child rape.

Kelley, who had been hospitalized with a foot injury, appeared in court Saturday. She was charged with kidnapping, child abuse resulting in death and child rape.

During Kelley's court appearance, Judge Chris Schultz said "the crimes ... display a depth of depravity that is unfathomable to me."

During a vigil held Thursday held by family and friends, a mourner said Victoria will always be remembered by her smile.

According to a criminal complaint obtained by CNN, police arrived at Martens' smoke-filled apartment to find Martens and Gonzales with minor injuries. Kelley injured her foot when she jumped off the apartment balcony trying to flee, police said.

The child had no pulse, her left leg was nearly severed and both her arms were missing, according to the document. She was pronounced dead at the scene.

The document alleges horrific details that led up to the killing.

Martens told police her daughter was given methamphetamine "to calm her down" and that Gonzales had sex with the girl, according to the complaint.

Martens told police Gonzales choked her daughter to death. But Gonzales denied any involvement in the killing, telling police it was Kelley, who he identified as his cousin, who stabbed and dismembered Victoria.

Kelley "held her hand over" Victoria's mouth as Gonzales "committed the sexual act" while Martens watched, the complaint said. According to the document, "Michelle stated she watched this ... happen for sexual gratification."

Kelley had been released from prison four days earlier and was staying with Martens at the time, Martens told police. Police said Gonzales told them he and Martens met online and had been dating for about a month.

CNN affiliate KOAT reported that both Kelley and Gonzales have extensive criminal records. All three suspects were being held on $1 million bond.

'I never thought she would hurt a child'

Gary Mitchell, an attorney representing Martens, said he hasn't met with her and plans to do so this week. In a statement emailed to CNN, Mitchell accused prosecutors of trying the case in the press.

"Until we can get control of that," the statement said, "all of the important factors which are necessary to make a learned decision will not be available to us. Time, hopefully, will allow us to obtain that information and at the appropriate time, which generally is in a trial, all sides can be heard."

Attorney Tom Clark told CNN he represents Gonzales and will meet with his client later this week. An attorney for Jessica Kelley did not return calls from CNN.

Kelley's grandfather told KOAT he hadn't seen her for three years, since they attended church together.

"I never thought that she'd be able to do anything like that," he said. "I never thought she would hurt a child. All I know is that she had a good childhood. She was raised in church," said the grandfather, who asked not to be identified. He said the family has cut ties with Kelley.