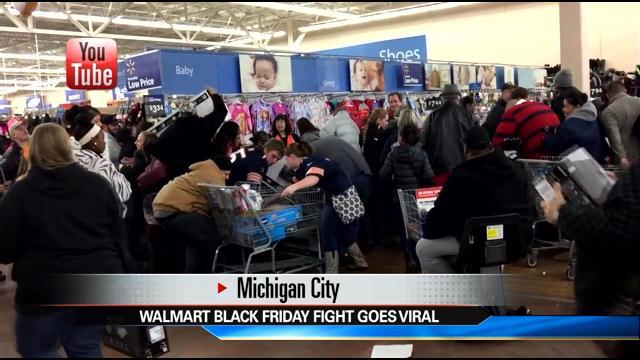 A video taken on Thursday at a Walmart in Michigan City, has gone viral.

The people involved can be seen in the video fighting over a bargain on Sony speakers.

People began to pull and tug on the boxes, due to there being many more shoppers than speakers.

Only a handful of people ended up walking away from the chaos with a box.