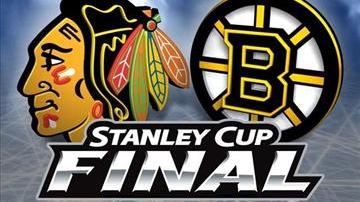 Saturday night he Blackhawks beat the Boston Bruins in game five of the finals. The score was 3-1.

It was a close game. Many thought it looked like it was going to go into overtime, but the Blackhawks sealed the deal with an empty net goal with under a minute left on the clock.

If Chicago takes the next game, they win it all. Despite the lead, the head coach for the Blackhawks said he knows not to look past how good the Bruins are.

"I think they are still dangerous off the attack," said coach Joel Quenneville.

Game six will be in Boston on Monday night.