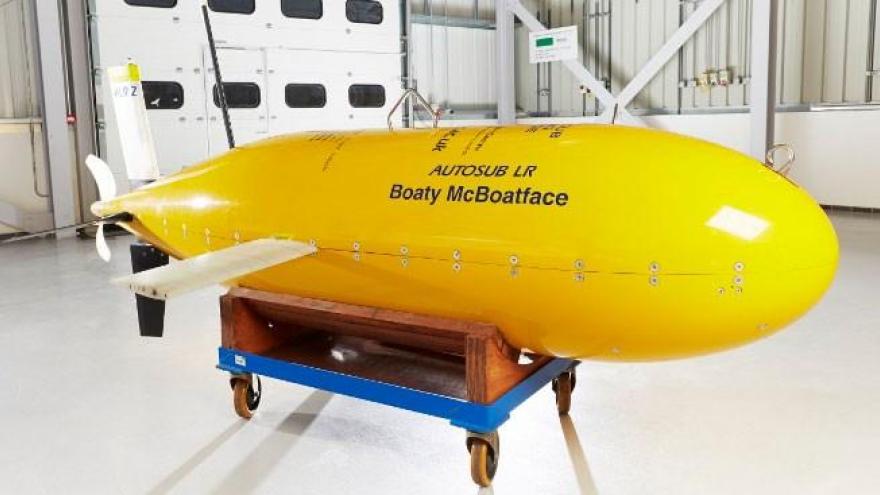 (CNN) -- There's still hope for Boaty McBoatface. This week, it'll take to the ocean as a yellow submarine.

But first a little history lesson.

More than 7,000 names were submitted -- with a clear winner: Boaty McBoatface.

Despite its huge popularity and the surge of copycats such as "Trainy McTrainface" and "Horsey McHorseface," the council ditched the name and ended up naming the $300 million state-of-the-art vessel after broadcaster and naturalist Sir David Attenborough.

But the name isn't going to waste.

The submarine will comb the depths of the Orkney Passage, a region which boasts some of the deepest and coldest waters on Earth.

Scientists hope to use the submarine to assess underwater turbulence in the area that they believe is being caused by global warming.

Boaty McBoatface will leave Punta Arenas in Chile on Friday.