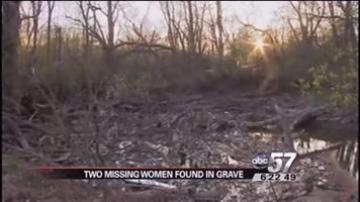 It happened right in front of their home!

Relatives said the women sent text messages from inside of a trunk, but they had not been heard from since.

"It's still sad to find even though everything in us as law enforcement, we figured that this would be the end, you know, still to see it still brings some finality to it. But again hopefully for the family's sake we can bring closure for those families," said Chief Ralph Godbee with the Detroit Police Department.

Police arrested Conway's boyfriend and another man. So far, neither has been charged.