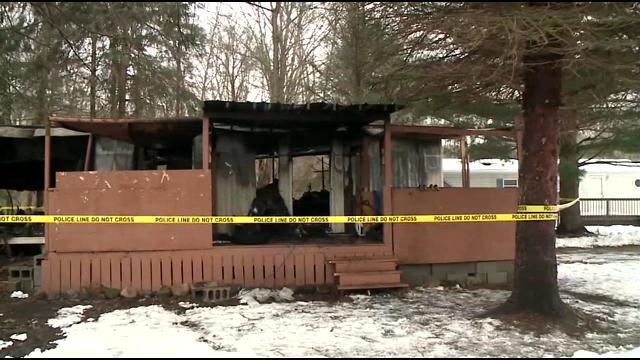 According to police, the man whose body was found inside the mobile home was positively identified as 24-year-old William Lanser.

An autopsy was conducted on Tuesday and cause of death was determined to be a self inflicted gunshot wound.

The preliminary fire investigation showed signs fuel accelerants were used to start the fire, according to Police.