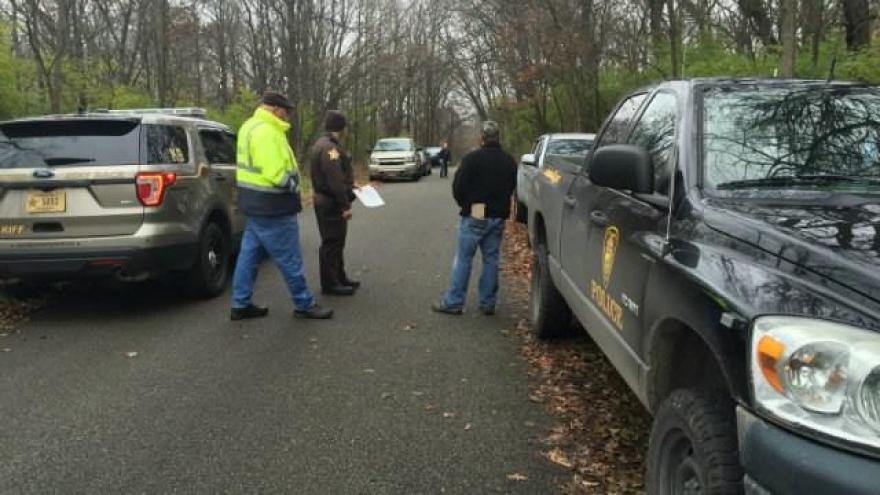 The La Porte County Sheriff's Office and Indiana Conservation Officers are investigating after a body was found Friday morning in the Kingsbury Fish and Wildlife Area.

Officials say the victim was found on Tracy Road, west of First Line Road around 10 a.m.

The La Porte County Sheriff's Office described the victim as a white male, approximately 6-foot tall and 180 pounds. He had long brown hair that is believed to be died brownish red and was in a ponytail. There were tattoos on both forearms and the name “Zachary” was tattooed on his right upper arm.

The victim is believed to be in his late 40's or early 50's and was dressed in Wrangler blue jeans, a black Carhartt jacket with hood and black and white Nike Air Max tennis shoes in new condition.

Anyone who may have more information about the victim is asked the call the La Porte County Sheriff's Office detective bureau at 219-326-7700, extension 2404.

Update: The victim has been identified as Mark A. Huber, age 41, from Goshen, IN. Huber has lived in Goshen for the last several months, but was originally from the Cleveland area.

The autopsy, which is scheduled for Monday, will provide more information about the manner and circumstances of Huber's death.