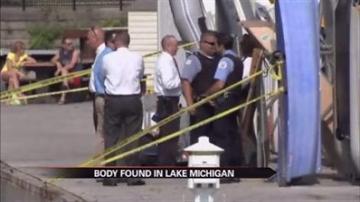 CHICAGO -- Chicago police are trying to figure out if a body found in Lake Michigan Thursday morning is that of a missing young man.

Police were called to Belmont Harbor around 8:30 for reports of a possible body in the lake not far from the water's edge.

An autopsy is expected Friday.

Police are not sure if it's a 25-year-old man who disappeared over the weekend who was last seen just a half mile from the harbor.