Body recovered from pond in Millburg 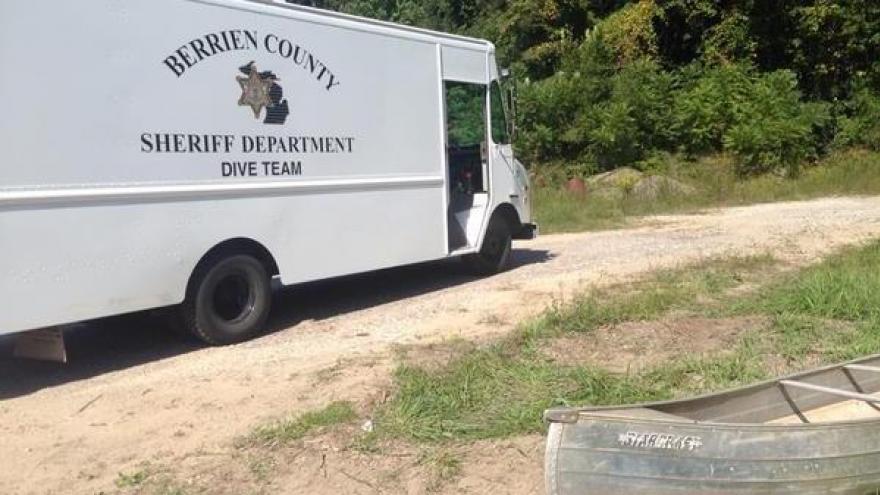 Divers with the Berrien County Sheriff's Department's Dive Team recovered a body in a pond near Millburg Monday.

According to Benton Township Police, they were called to 4545 Territorial Road around 9 p.m. Sunday because a man who was fishing in a boat on a pond on the property was missing.

The man's boat was anchored approximately 40-45 feet from the shoreline, but Bobby Lee Lanier could not be located.

“The boat was still on top of the water it was actually anchored in its last known position which actually helped us establish a reference point," said Lieutenant Randy Miller of the Berrien County Sheriff's Department.

The Berrien County Sheriff's Department Marine Division responded and assisted in the search.

The search was suspended around 1 a.m. Monday and resumed at approximately 9 a.m.

“He was in about 8-feet of water and prior to putting any divers in the water we used equipment to help do an underwater scan of the water where we might be able to try and identify a target area where we should dive," said Lieutenant Miller.

There were no obvious signs of foul play and deputies believe it is a case of accidental drowning.

People who live near downtown Millburg say the business where the pond is located used to make cement blocks, and the pond used to be a big pit.

“All I know is it’s been a gravel pit for years. And people do go down there to fish every once in a while," said Jerry Dubar.

Dubar says he has operated a body shop for 50 years in town and he's never heard of something this traumatic happening here.

The victim's body will be taken to Grand Rapids for autopsy.