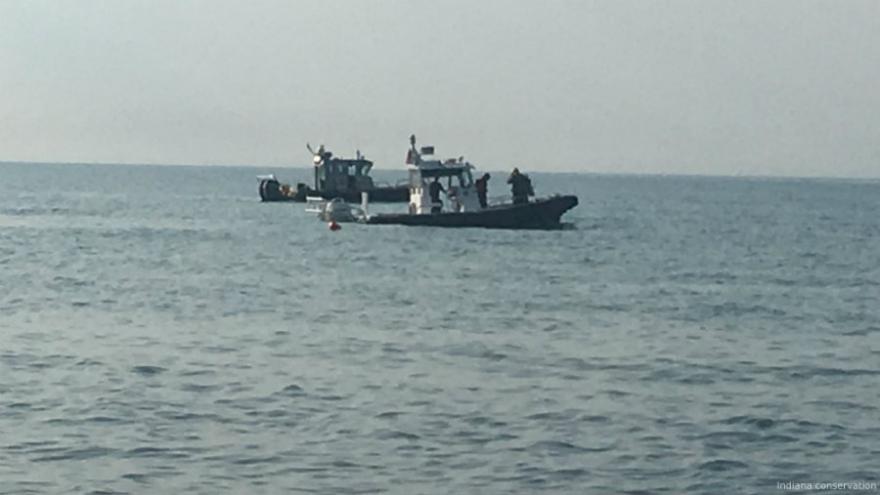 GARY,  Ind. -- The body of a woman reported missing in Lake Michigan has been recovered.

An investigation into the disappearance of 24-year-old Tiara Hardy began after she was last seen struggling in Lake Michigan waters off the shore of Miller Beach.

Two friends were enjoying swimming with Hardy when all three decided to return to shore due to strong currents and high waves.

A good samaritan was able to help pull the survivors back to shore. Witnesses at the scene reported seeing Hardy struggle, go under the water and not return to the surface.

Shortly after 7:45 p.m. July 23, Indiana Conservation officers were alerted to a missing swimmer. Arriving first responders were unable to locate the woman.

The search was postponed until the morning of July 24 following descending darkness, dangerous waves and rip currents.

Search efforts resumed at daybreak with shore-based searches by Gary Police and Fire as well as Indiana Conservation Officers.

A thorough search of the area was done by the Lake County Sheriff's Office Aviation Unit.

The search continued into the water with the Lake County Sheriff's Office Marine Unit and Indiana Conservation Officers using side-scan sonar technology to search by boat.

At approximately 5:30 p.m. July 24 the body of Tiara Hardy was located by Indiana Conservation Officers.

The image revealed on sonar was confirmed by the Lake County Marine Unit and Hobart Fire Department. Divers were asked to visually confirm the findings.

One diver dove to the sonar mark and successfully recovered Hardy's body just after 6:00 p.m., approximately 150 yards from shore.

Gary Fire and Police provided support on the shoreline.

The investigation is still ongoing but no foul play is suspected at this time pending the results of the autopsy.