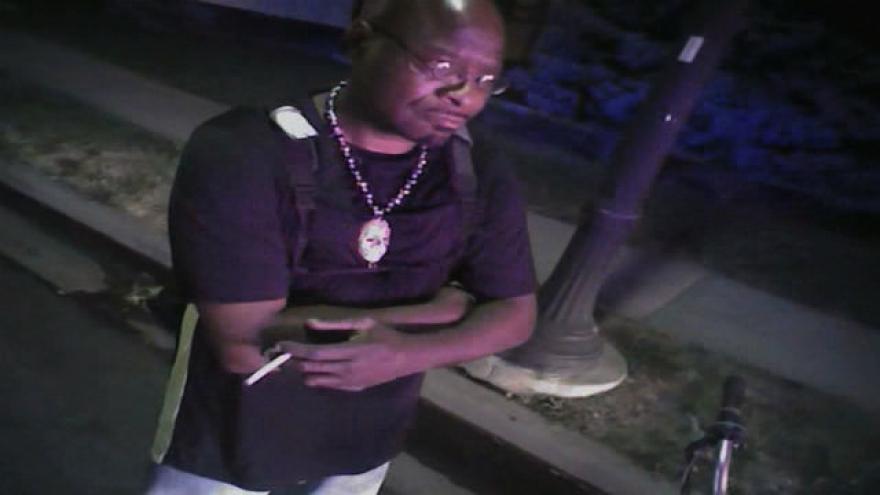 The district attorney has chosen not to pursue charges against the officer who shot Patrick Harmon. Photo courtesy Salt Lake City Police 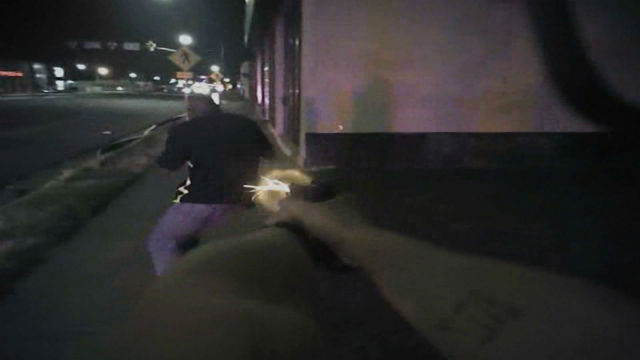 Graphic Warning: Bodycam footage shows Patrick Harmon appeared to be running away from police when he was shot. Salt Lake City Police

(CNN) -- The Salt Lake City Police Department is the latest US police department to come under scrutiny after bodycam footage shows an officer shooting and killing a man, even as the man appeared to be running away.

An officer shot and killed Patrick Harmon, a 50-year-old black man, as he was being arrested on the evening of August 13.

On Wednesday, after a seven week investigation, the Salt Lake County district attorney concluded the officers' use of deadly force was justified because the officers said they feared Harmon was going to hurt them, according to a letter the district attorney sent to the Salt Lake County Sheriff and the city's police chief detailing his investigation into the incident.

Bodycam footage shows Harmon running away from police before he is shot by Salt Lake City police Officer Clinton Fox. The officers later said Harmon threatened them with a knife.

"That video is horrifying. It is just not right," Antionette Harmon, Patrick's older sister, told CNN. "I'm not understanding none of this, how it was justified or anything. It's not fair."

Harmon said her brother was bipolar, schizophrenic and possibly homeless.

Police claim Harmon had a knife

Harmon was stopped by a police officer on the evening of August 13 after he rode a bicycle across six lanes and a median, according to a narrative laid out by the district attorney, Sim Gill. Harmon was required to have a "red rear tail light on his bicycle," the officer told him.

The officer called for backup after Harmon provided "a couple different names" when he was asked for identification, according to Gill. The officers discovered felony warrants were open for Harmon's arrest -- one of which was for aggravated assault, Gill's report says. As they tried to put handcuffs on him, he ran. The officers chased after him.

In the bodycam footage, of which there are three angles for each of the officers, released by the Salt Lake City Police Department, Fox can be seen shooting Harmon three times as he runs in the opposite direction.

The officer who initially stopped Harmon, Kris Smith, fired his Taser, according to the district attorney's report.

Fox later told investigators that as Harmon was running away, he stopped and turned back toward the officers with a knife in his hand, yelling, "I'll f***ing stab you."

"Officer Fox said he feared if he didn't immediately use deadly force, Mr. Harmon was going to stab him and/or the other officers," Gill's report says.

In his investigation, Gill weighed the testimony of all three officers present -- Fox, Smith and Scott Robinson.

Smith and Robinson's accounts of what Harmon said before being shot vary slightly from Fox's. Smith told investigators he heard Harmon say, "I'm going to cut ..." the report says. Meanwhile, Robinson said he heard Harmon say, "'I stab' or something to that effect," according to the report, though he said he "couldn't remember Mr. Harmon's exact words."

Gill's report says Harmon can be seen in the bodycam video with a knife in his hand, and that investigators took photographs of the knife at the scene.

Ultimately, the district attorney's office found the shooting was a "'justified' use of deadly force," and chose not to pursue criminal charges against Fox.

Harmon's death is the latest to revive concerns into police officers' use of deadly force against black men throughout the United States, as other officer-involved shootings have done in recent years.

Adriane Harmon, Antionette's daughter, described the video as "heartbreaking" and "horrifying," and vowed to seek justice on behalf of her uncle.

"I want to fight the decision," she said. "I don't believe that (DA decision) was justified. (We're) looking at attorneys now."

In a statement sent to CNN on Sunday, Jeanetta Williams, the president of the Salt Lake City chapter of the NAACP, said the organization was investigating Harmon's death.

"It seemed like more could have been done by the police officers to apprehend Mr. Patrick Harmon than shooting him in the back as he ran," Williams said, adding Harmon was simply afraid.

The statement points out the officers "were a lot younger" than Harmon, and they could have easily tackled him. "He was never given the time to heed the officers' command before they shot him," she said.

"District Attorney Sim Gill has denied the people of Salt Lake City justice repeatedly. At this time he needs to hold police accountable or we need a new district attorney," she said.