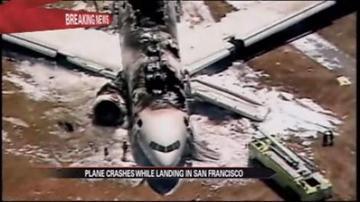 SAN FRANCISCO — A Boeing 777 plane crashed on landing in San Francisco. According to the Associated Press, two have died.

Around 180 people have been taken to several San Francisco hospitals.

Sixty-one passengers that were on board are United States citizens.

The plane lost its tail and much of its roof.

NTSB is on scene and will be investigating the crash.