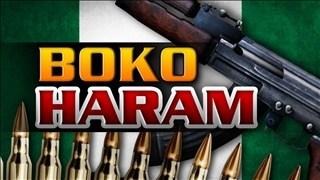 Scores of attackers invaded the village at 11 p.m. Friday when residents were mostly asleep and set homes on fire, hacking residents who tried to flee.

"?The gunmen slaughtered their 23 victims like rams and decapitated them. They injured several people," said Ibrahim Adamu, a local politician who fled.

"They burned a large part of the village and we are afraid some residents were burnt in the homes because most people had gone to bed when the gunmen struck," said Adamu, a ward councilor in the village.

A paramedic ?at a government hospital in the nearby town of Biu said 32 people from Buratai were taken to the hospital with gunshot wounds and burns.

"The injured victims said a lot of people were beheaded by the attackers," the paramedic said.

Buratai now has been attacked twice by Boko Haram in the past year. In September, the Islamist insurgents launched an attack on the village that was repelled by soldiers deployed to guard the home of a Nigerian army general from the village.

The soldiers killed 20 of the gunmen.

It is not clear whether the attack was in reprisal over their loss in the previous attack or was linked to the Nigeria general elections ?that commenced Saturday.

The militant group ISIS earlier this month said that a pledge of allegiance from Boko Haram has been accepted.