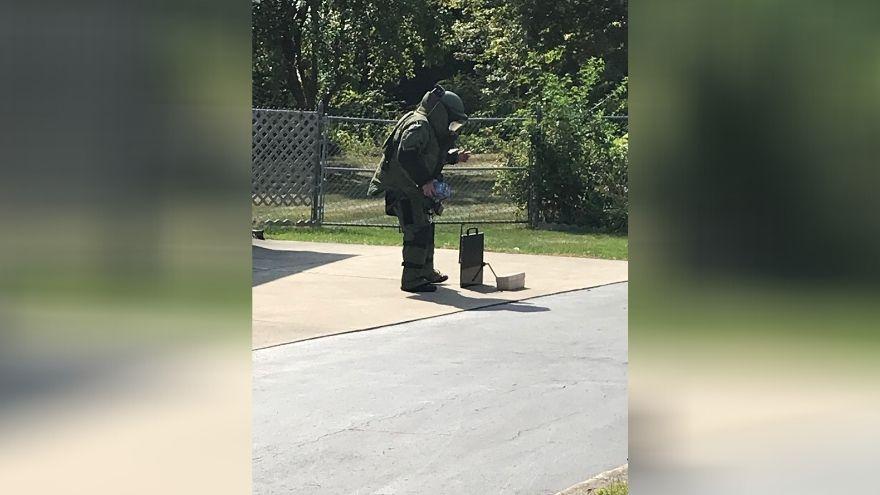 WARSAW, Ind.—Bomb technicians were called to a home near Warsaw after a man discovered a hand grenade while going through family boxes, according to the Kosciusko County Sheriff’s Office.

Around 1:30 p.m. on September 21, the Kosciusko County Sheriff’s Office and the Elkhart Police Department Explosive Ordinance Disposal Unit were called to a home in the 200 block of N 175 E in Wayne Township.

A man was looking through old family boxes in an outbuilding and found what he thought to be a “pineapple” hand grenade, the sheriff’s office said.

Deputies secured the area and Elkhart Police arrived to assist.

Bomb technicians performed an x-ray of the object and determined it did not contain a live ordinance.

The hand grenade was placed into a containment unit and taken from the home for disposal.