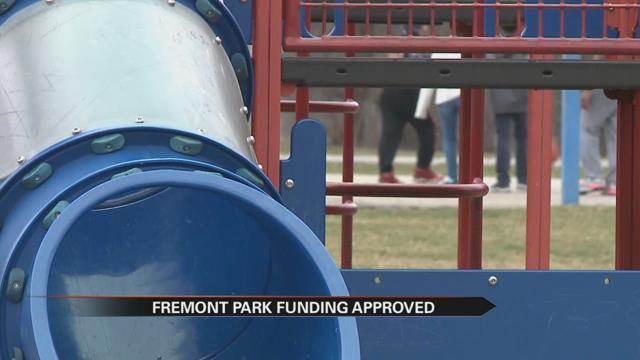 Several South Bend playgrounds will see major makeovers thanks to millions of dollars in park bonds.

The city is unveiling plans to renovate several parks around town.

And for one community, this major investment will help them turn around their troubled park.

About $150,000 in investment was announced Wednesday for Fremont Park.

The good news made a few kids playing on the basketball court in the park happy.

“It makes me feel good knowing this park is going to be better,” said Marcel Hamilton.

The news also started spreading through the neighborhood.

“We’re all happy about it but we still can’t get enough people involved in our neighborhood to really make it boom for us,” said Thelma Williams, Vice President of the Far Northwest Neighborhood Association.

The neighborhood association has been fighting to reclaim Fremont Park for years.

“It belongs to us, we need to step up and see what we can get done,” said Williams.

Those were sentiments that were also echoed by other community activists throughout the community.

But with a rash of violence and one tragic death that still haunts this park, many felt not much would get done.

“We’re fighting for a little bit more as you know, we don’t have a facility or anything so we want to put ourselves out there to let them know that there’s so much more that we want to bring to this side of town,” said Lisa Chavers, leader of the Fremont Youth Project.

Wednesday, the city told folks from this community something will get done.

“Every neighborhood deserves a great park, and great parks make great neighborhoods,” said Aaron Perri, Director of South Bend’s Parks Department. “I was with another neighborhood association talking about the new splash pad at Fremont Park and the new basketball court going on out there.”

A multimillion dollar promise to improve the city’s public places, other parks will benefit from as well.

Kelly Park will have a playground installed, while Howard Park will get a new ice rink.

The marquee renovation will happen at the Charles Black Center.

The city plans to finish construction on a new building for the facility by 2018.

“The parks are really the core of what holds a neighborhood together,” said Perri.

A philosophy many hope will bring this neighborhood back to Fremont Park.

This is made possible by a $5 million parks bond approved by the Common Council last year.