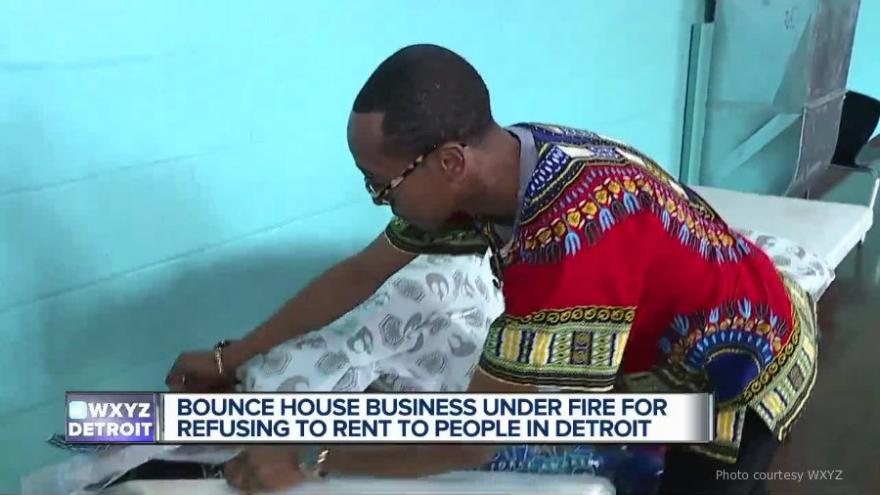 DETROIT, MI (WXYZ) -- A Detroit nonprofit says it was denied service because of the city it's located in.

Franklin Wright Settlement has been in business for more than 134 years on the east side of Detroit, and says a bounce house company would not deliver to the city because of safety issues.

Deon Mullen, director of the Franklin Wright Settlement, said he tried to rent a bounce house for an annual event for kids, but says Awesome Bounce in Canton told him no.

"I was quite surprised," he said.

Awesome Bounce sent Mullen an email saying the company does not service Detroit because of employees being robbed and equipment being stolen and damaged in the past.

Mullen said he was offended by the email and said not all of Detroit is dangerous.

He feels the owner's decision is bad business.

Mullen is most upset at a certain part of the owner's response, where he states he feels sorry for the deserving children who were born into one place and not another.

He also doesn't feel that the issue of safety is a valid excuse.

"It can happen anywhere," Mullen said. "In any suburban community, crime can happen."

The owner offered to sell Mullen a used bounce house.

Mullen said he understands a businessman's concerns about employee's safety, but labeling all of Detroit as bad was something that didn't sit well with him.