Boy among 11 killed over bloody weekend in Chicago 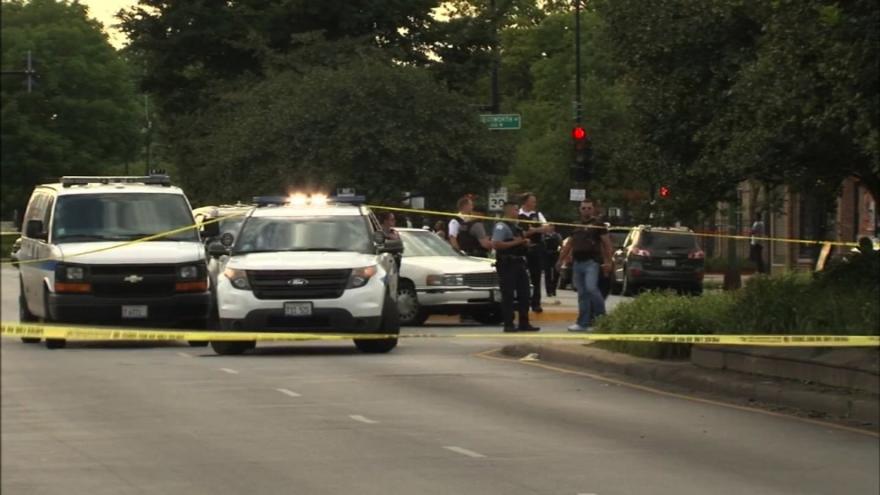 (CNN) -- Chicago endured another bloody weekend as a spate of shootings left 11 people dead, including a 10-year-old boy riding in an SUV and a neighborhood community leader.

Those slain were among at least 58 people shot between Friday and early Monday. The latest violence ripped through the city just two weeks after a particularly bloody Fourth of July weekend, when there were at least 14 homicides amid scores of shootings.

The boy -- Gustavo Garcia -- was killed Friday night when someone took shots at an SUV in which he was a passenger.

The Cook County medical examiner's office said he was pronounced dead early Saturday at Comer Children's Hospital. The cause of death -- determined to be a homicide -- was a gunshot wound to the back.

Gustavo "was shot while in the vehicle along with an adult," said Chicago police spokesman Anthony Guglielmi. "We still do not have any concrete information on motive."

"Obviously," he said, the boy was not the "intended target "

Detectives have been working the case "around the clock," Guglielmi said.

"We are going through the backgrounds of everyone in the car, retracing their steps from earlier in the day and canvasing for any video that might be helpful."

According to the Chicago Tribune, the boy is the fourth child to be shot and killed in the city this year. Fourteen children aged 12 or younger have been shot in 2017, the Tribune said.

The community leader -- 58-year-old Willie Cooper -- was shot dead Saturday afternoon. CNN affiliate WLS said he was shot across the street from Lilydale Outreach Workers for a Better Community. That's a non-profit agency he ran that provides jobs to teens.

"People are so cold-hearted. How could you take somebody's life? He helped everybody. I just don't understand," Patricia Carter, the victim's niece, said.

Street violence has been an ongoing reality in Chicago and authorities there are working to find ways to confront the problem.

Police and the federal Bureau of Alcohol, Tobacco, Firearms and Explosives this spring announced a new task force aimed at decreasing the spread of illegal firearms in the city.

President Donald Trump has tweeted about the violence, in one post saying the crimes and killings within the city "have reached epidemic proportions."