Boy killed in school shooting gets sendoff fit for Superman 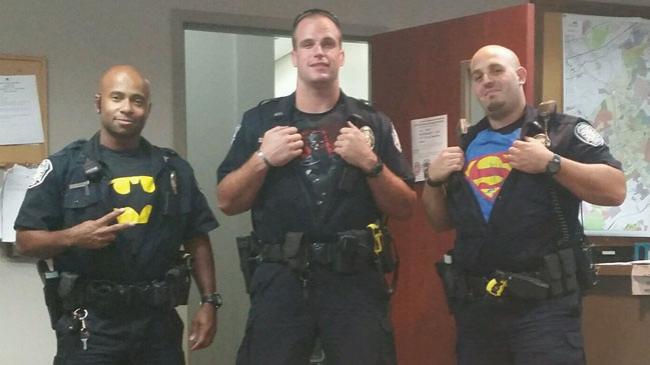 (CNN) -- Townville, South Carolina, celebrated its own little superhero Wednesday in laying to rest Jacob Hall, the first-grader slain when a teen opened fire on a school playground last week.

Those eulogizing the boy echoed the sentiments of the boy's parents, Rodger and Renae, who have said they're sure Jacob has already forgiven the 14-year-old accused of killing him.

So magnanimous was the oft-grinning 6-year-old that the Monday before his death he told his mother, "Jesus loves everyone, even those who do bad things," Tim Marcengill, associate pastor of Oakdale Baptist Church, told mourners.

"I think the reason for that is it isn't supposed to happen," he said.

John Buckland, decked out in a full Batman costume, opened the morning eulogies, saying Jacob's life should serve as an example of how everyone should live.

He urged those packing out the church auditorium in this town of 4,000, roughly 40 miles southwest of Greenville, to celebrate rather than mourn. He firmly believed Jacob was getting a kick out of the "hope-filled superhero bash," he said.

Renae Hall said before Wednesday's service that her son always wanted to save people from danger, hence his love for superheroes. She dressed Jacob in a Batman costume, and pallbearers donned superhero outfits. She wanted those attending the boy's funeral to do the same, just as they'd done at Tuesday's visitation.

"I don't want suits and ties and all that," Hall had told CNN affiliate WHNS. "There will be a lot of children there, and I don't want it to be scary for them."

She got exactly what she wanted for the youngster, whose funeral proclaimed him "God's Super Hero."

Surrounding the tiny periwinkle casket were flowers and Mylar balloons featuring some of Jacob's favorite characters. The church was packed with real and make-believe heroes.

Police in uniform lined the back wall as firefighters in beige-and-yellow turnout coats took seats in the rear of the chapel. Jamie Brock, the veteran firefighter lauded for stopping the teen shooter, entered the church with the Halls.

The Man of Steel theme was strong with a group of teachers who took up two rows in the auditorium, the words "Townville Strong" on their chests in the shape of South Carolina, which resembles Superman's diamond-shaped chest emblem.

They accessorized with red or blue capes with makeshift Teenage Mutant Ninja Turtles on them.

Gov. Nikki Haley sat near the front, a Batman symbol pinned to her black dress, while husband Michael wore the Captain America logo on his lapel.

The Rev. David Blizzard, Oakdale Baptist's senior pastor, assured them all that, despite their tears, Jacob was going to be just fine.

Following the eulogies, superheroes filed to the front row and embraced Jacob's sobbing relatives. Those who couldn't be there sent their love as well.

Residents, businesses and police departments across South Carolina and beyond took to social media with the hashtags #SuperheroesforJacob and #TownvilleStrong to let the family know that they, too, would remember the smiling boy whose life was snuffed out much too soon.