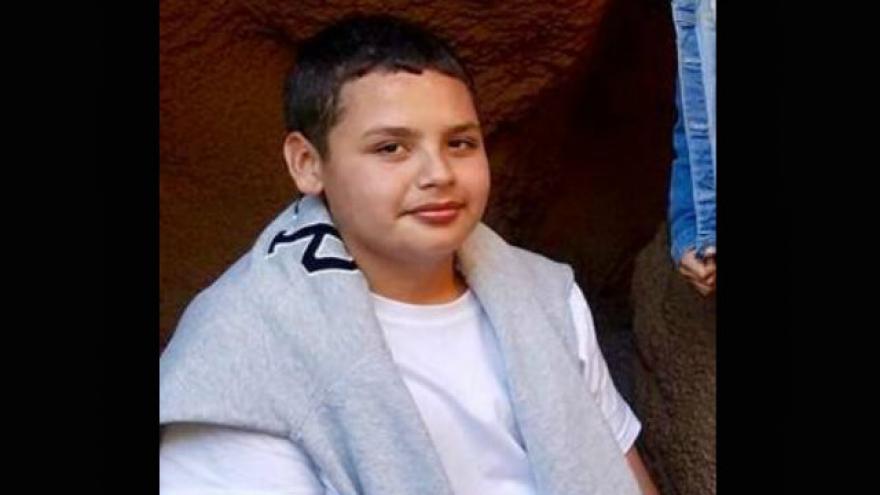 By Cheri Mossburg and Joe Sterling

(CNN) -- Rescuers in Southern California on Monday morning spotted and extricated a boy who was stuck in a maze of drainage pipes for about 12 hours, authorities said.

The boy was given a cell phone to call his family after he was plucked from danger, the Los Angeles Fire Department said.

The harrowing incident began during an Easter gathering of 20 family members at Griffith Park in Los Angeles. The boy was believed to have been playing on an old shack in the late afternoon when boards covering a pipe opening gave way. He fell about 25 feet into a sewer pipe.

The network of pipes are parallel to the Los Angeles River and cross under freeways. The environment is "extremely dangerous and toxic," Scott said. The fluid in sewage pipes varies in depth and moves at about 15 mph.

It appears from a map that Jesse went in about 1 mile from where he was rescued.

"The vendor cameras are able to both float at the top of the pipe and crawl along the bottom. The number of pipes providing different travel paths required a systematic approach to ensure each was searched," said Margaret Stewart, another fire department press information officer.

The department said about 2,400 feet of pipe had been inspected and a maintenance hatch "was opened to insert cameras." That's where Jesse was found. He was decontaminated and whisked to a hospital for a medical evaluation, she said.

The mayor's crisis response team had been at the command post overnight and thanked the Hernandez family for its support, patience and optimism.

The fire department noted the "excellent teamwork" among agencies -- which include fire and its urban search and rescue, police, highway patrol, city recreation and parks, park rangers, the water and power department, and experts from the sanitation, engineering and contract administration bureaus.