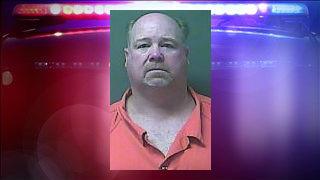 The superintendent of Bremen Schools has suspended Bremen High School's head football coach with pay after his arrest.

Holmes was arrested Wednesday at his home on County Road 250 South after allegedly throwing his girlfriend to the bathroom floor three times, according to LaPorte County Police.

“In light of the charges made against Mr. Holmes, I feel compelled to take this action. While Mr. Holmes should have every right to resolve the charges filed against him, I must insure the safety of our students and that they are being taught by teachers they can trust and respect.”