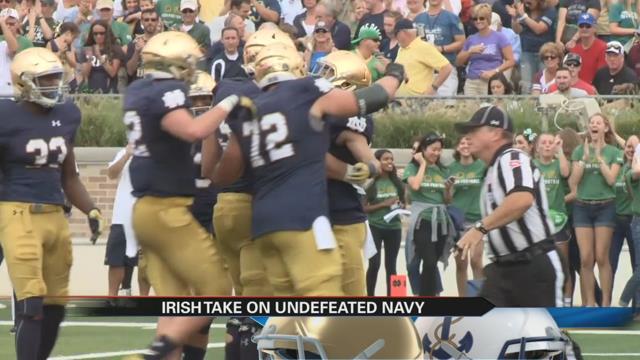 The Notre Dame fighting Irish's hopes of making the playoff have become a bit more challenging after last week's loss to Clemson. Now the focus is on how the team will respond this Saturday against Navy.

"To win football games you have to start fast which we did not," said Head Coach Brian Kelly. "There has to be an attention to detail. Certainly we were missing that at times."

Now the team is left questioning if they can make the postseason field of four.

"I don't know. But we do know what we can control and that is winning each week," said Kelly.

Notre Dame dropped 9 spots in the coaches poll this week, meaning added pressure to prove themselves among the nation's elite and avoid a hangover against Navy.